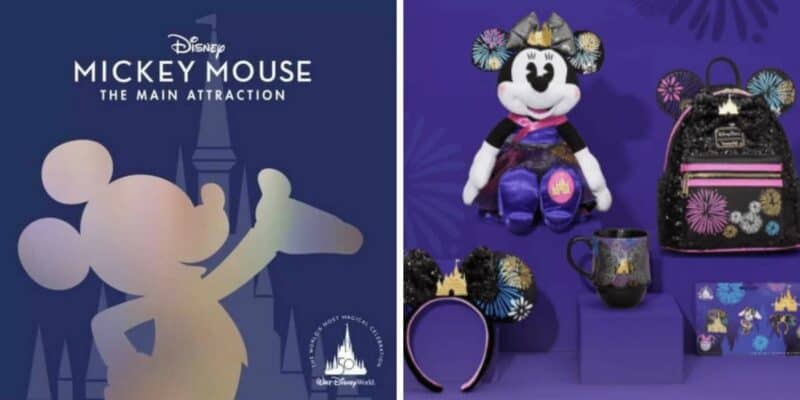 Yesterday we reported that shopDisney teased a “big announcement” coming soon, indicating it is related to the 50th anniversary! Now, that announcement has finally been revealed.

The Minnie Mouse Main Attraction Collection was a hit for Disney fans everywhere, with items often selling out extremely fast. The collection was released monthly, with each month themed to a different attraction. We saw Pirates of the Caribbean, Space Mountain, The Enchanted Tiki Rom, Haunted Mansion, and more.

Now, it looks like in 2022 we will be getting another attraction collection — this time with Mickey Mouse as the main character! shopDisney shared the news to their Twitter account, saying:

At this time, there are not many details revealed aside from the name of the collection, but we can see that there is the Disney World 50th logo in the corner, hinting that the theming will be related to this milestone somehow!

Are you excited to see a new Main Attraction Collection coming in 2022? Let us know in the comments below.