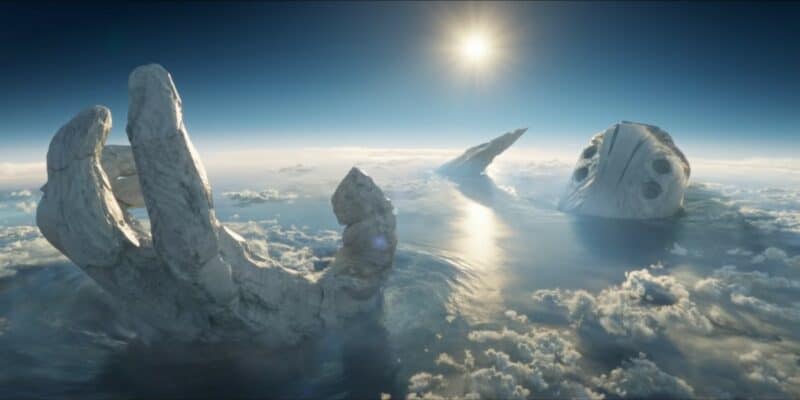 Is a sequel to The Eternals (2021) in the works by Marvel Studios?

Phase Four of the Marvel Cinematic Universe has been a bumpy road, to say the least. There have been high points like Spider-Man: No Way Home (2021) and low points like Thor: Love and Thunder (2022), all slowly churning towards what promises to be an exciting Phase Five. Despite varied options across the board, art is subjective after all, Marvel fans across the globe seem to agree that one of the weakest entries into the Marvel Cinematic Universe to date has been director Chloé Zhao’s The Eternals.

In an entry that felt to many fans more like a film from DC Studios, The Eternals brought together a team of heretofore unknown superpowered beings with very generic, albeit confusing powers.  Gemma Chan returned to the Marvel Cinematic Universe, this time as Sersi, an Eternal who can transform matter. Alongside her was an entire team of characters, Richard Madden as the Superman-Esque Ikaris, Kumail Nanjiani as energy-flinging Kingo, Angelina Jolie as weapon-wielding Thena, and a host of other characters neglected by a jam-packed plot.

All in all, the film contributed very little to the Marvel Cinematic Universe, offering little to no explanation as to why these beings didn’t intervene with Thanos (Josh Brolin) and contributing more in its third act with the emergence of the dead celestial, and the tease of the Black Knight (Kit Harington) than it managed to in the rest of the film. Despite this, and despite meriting the lowest rating for any Marvel film (47% on Rotten Tomatoes), Marvel Studios may be moving forward with a sequel.

The Direct has reported that a management agency that represents one of the underutilized actors from the film has just released a slate of his upcoming projects. Big Punch Entertainment, who represents Ma Dong-seok (Gilgamesh in the movie), included Eternals 2 in the list of his upcoming projects, indicating the film will, indeed, be happening. This comes as a shock to Marvel fans for several reasons.

Related: Fans Fear For Patton Oswalt After He Seemed to Leak ‘Eternals 2’

Not the least of these reasons is that Marvel Studios has yet to announce any plans for Eternals 2 in their long-term plans. With a lack of any announcement, overwhelmingly negative reviews, and lukewarm fan reception, it’s a surprise that the studio would even consider making a sequel. Ever since the negative reviews began pouring in, Marvel Studios has been very quiet about the film, pushing out much less promotion than its predecessors.

Fans who disliked the original film can take comfort in these facts, though, as the lack of any official word from Marvel Studios may be a strong indicator that the film is unlikely to happen. It’s still not a safe bet, as Marvel has announced that several unnamed films are in the works for the subsequent few Phases in the Marvel Cinematic Universe.

What do you think about the future of The Eternals? Let us know in the comments below!