Age-Old Myth Debunked, Can You Actually Get a Lifetime Disneyland Pass? - Inside the Magic 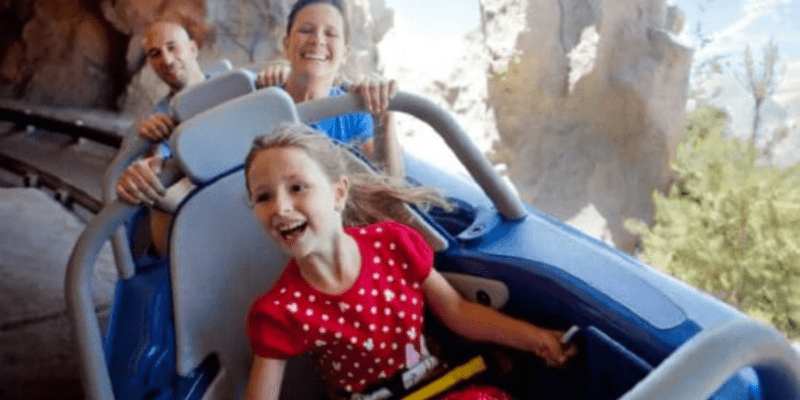 A fan recently brought up an age-old rumor claiming that select Guests could get a lifetime pass to Disneyland Resort, but is this actually possible?

Disneyland Resort in Anaheim, California, has been a staple of family fun for over 65 years. With timeless attractions like the Haunted Mansion, “it’s a small world,” Pirates of the Caribbean, Peter Pan’s Flight, Space Mountain, Big Thunder Mountain, and Star Tours – The Adventures Continue, world-class entertainment offerings, including two brand-new nighttime spectaculars debuting in just a few weeks, mouth-watering snacks all round, character experiences to create memories for a lifetime, and so much more, it’s not hard to see why Disneyland Resort is the Happiest Place on Earth.

While the Southern California theme park offers the chance to purchase a Magic Key Pass, an pass that allows Guests to visit Disneyland Park or Disney California Adventure as many times as they want (as long as their tier restrictions allow it), thousands of fans, yours truly included, would love to get a lifetime pass to Disneyland Resort, with a chance to visit Fantasyland, indulge on a delicious meal at New Orleans Square, and hug Mickey Mouse at Main Street, U.S.A., every day. While the idea sounds farfetched, thousands of fans believed this was possible for decades, going to extreme lengths to get that “lifetime pass.”

Nostalgia Mountain recently brought up this decades-old rumor again, explaining that fans believed that “if you give birth at Disneyland, your child will get a lifetime pass.” Nostalgia Mountain explained in a video that this rumor started in 1979 when the first baby was born on a bench near Main Street, U.S.A., commenting that later in the hospital, Mickey Mouse, Donald Duck, Goofy, and likely other Disney characters visited the newborn and her family in the hospital, giving them the first ever Disney birth certificate. Since then, four other babies have been born at Disneyland, and every single one has been a girl.

Nostalgia Mountain continued to explain that when the news broke, people thought this “Disney birth certificate” acted as a lifetime pass to Disneyland, which is clearly untrue, adding that this has caused people to go to Disneyland after going into labor and try having a baby in the bathroom, but when Disney finds out, they’re rushed immediately to the hospital.

You can watch Nostalgia Mountain’s video below.

Clearly, a lifetime pass to Disneyland Resort will remain just a dream to thousands of Disney aficionados but seeing the extreme lengths some fans would go to try to get one from this rumor is impressive — and a little concerning. For the time being, if Disneyland Park or Disney California Adventure are your favorite destinations, you’ll have to stick to using your Magic Key Pass or your dated tickets to visit the Happiest Place on Earth.

Do you have or would you like to have a Disneyland Magic Key? Let us know in the comments below!

Comments Off on Age-Old Myth Debunked, Can You Actually Get a Lifetime Disneyland Pass?