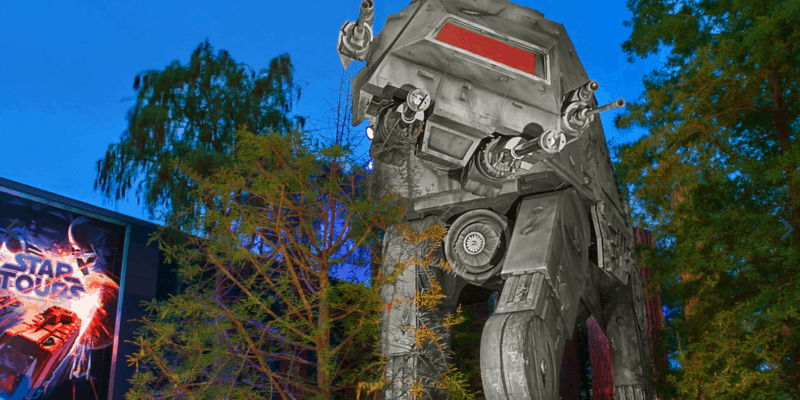 A long-forgotten feature of a Disney Parks ride returned recently and we couldn’t be more excited to see it back!

Due to the sheer size of the Walt Disney World Resort, a lot of things can slip through the cracks as time goes on. From missing or broken ride elements to completely destroyed attractions, all four Disney World parks will feature something different each time you visit, in a good way or bad.

Thankfully, one fan-favorite feature was implemented at Disney’s Hollywood Studios recently and we couldn’t be happier! A video uploaded to Twitter by Attractions Magazine (@Attractions) shared that this beloved feature had returned to the Walt Disney World Resort, check it out below:

We were happy to see the AT-AT spraying water again.

We were happy to see the AT-AT spraying water again. pic.twitter.com/yEpIXNTzba

Related: Disney Is “Slowing Guests Down” at the Parks, Many Report

As you can see in the video, the guns on the AT-AT outside of the entrance to Star Tours were actually firing! Well, not actually firing but blasting some much-needed water on Guests visiting Hollywood Studios during this hot summer. It’s been a while since we saw these guns actually working, with some in the comment section actually claiming they haven’t seen them in action in at least five years.

This is not the only place Guests can find water sprayers at the Parks, with Magic Kingdom and Animal Kingdom also offering places to cool off and have fun at the same time.

For those who may not know, Star tours – The Adventure Continues is a motion simulator that allows Guests to travel directly through all of their favorite locations from the Star Wars franchise. Along the way, Guests will see iconic characters like Darth Vader, Princess Leia, Kylo Ren, Poe Dameron, and many more!

What’s your favorite place to go on Star Tours?