New Disney Park Attraction to Feature 'Encanto' - Inside the Magic 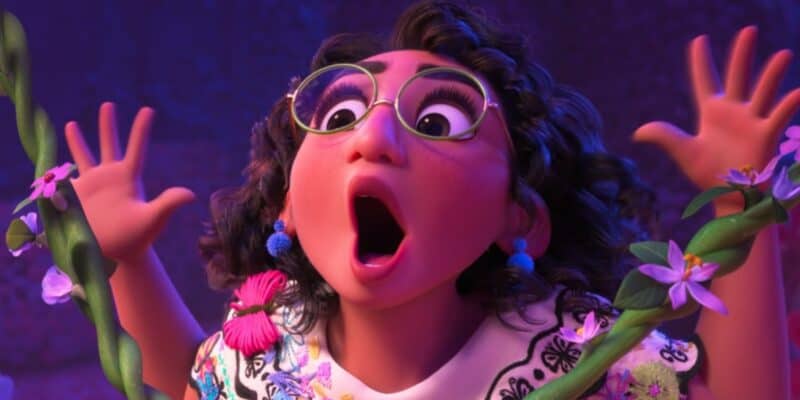 Encanto is making another stride in being included in the Disney Parks!

The Walt Disney Company will be celebrating its 100th anniversary in 2023. As Inside the Magic previously reported, the heart of the celebration will be here at the Disneyland Resort, and begins on January 27, 2023.

The Disney100 celebration at Disneyland Resort will include many special limited-time offerings taking place around the resort all year long, and will kick off with one extremely special new nighttime spectacular: “Wondrous Journeys,” created by Disney Live Entertainment.

This all-new nighttime spectacular will celebrate 100 years of Walt Disney Animation Studios in an experience that ignites the dreamer in all of us. “Wondrous Journeys” will feature nods to every film released by the iconic studio over the past century, with music, characters and special moments from favorite stories including Encanto, Hercules, The Princess and the Frog, Peter Pan, Frozen, Treasure Planet, Big Hero 6, Moana, and more.

There have been many rumors over the last several months of Encanto coming to the Disney Parks, and Disney confirmed at the D23 Expo this past September that it was looking to potentially bring Encanto to Walt Disney World Resort with an expansion at Magic Kingdom in the future, but did not confirm that this would happen.

Over at Disneyland, we’ve had to wait to see what might be next. While this isn’t a ride, this is another step in the right direction for the IP to take the next step toward its own attraction in the future. It’s clear that the Encanto piece is a big portion of Wondrous Journeys and it will be interesting to see how the franchise is used in the Disney Parks in the future.

After three decades in the motion picture business, Walt Disney created a whole new form of family entertainment in 1955 with the opening of Disneyland park. That’s why Disneyland, Walt’s original park, is the perfect place to debut “Wondrous Journeys.”

The spectacular will also feature an original new song, “It’s Wondrous,” that promises to capture your heart and spark your imagination.

What do you think of the new nighttime spectacular? Let us know in the comments!