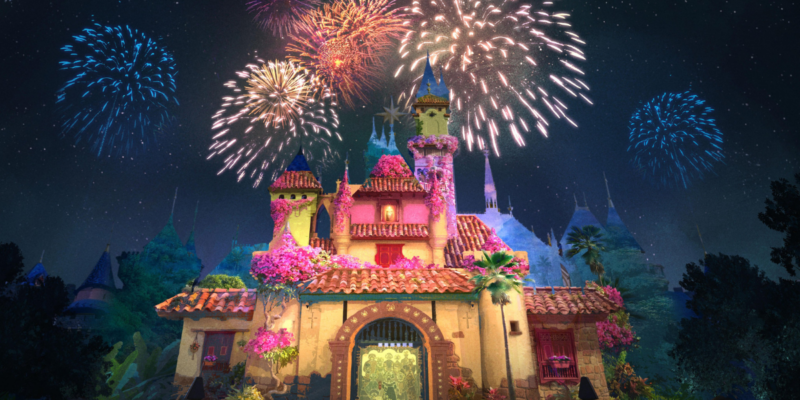 The Walt Disney Company will celebrate its 100th anniversary in 2023, bringing company-wide events, celebrations, and more for all fans to enjoy. While the announcement could reignite a heated debate among fans, Disneyland Resort in Anaheim, California, will be the heart of these celebrations, which will begin on January 27, 2023, bringing all sorts of magical offerings to the California theme park.

The Disney100 celebration at Disneyland Resort will include the debut of an extremely special nighttime spectacular that will celebrate 100 years of Walt Disney’s legacy through over 60 beloved movies, Wondrous Journeys.

While Disney has shared several details of this brand-new nighttime spectacular, we just got a behind-the-scenes look at the coming spectacular. Per Disney Parks Blog:

This all-new nighttime spectacular will celebrate 100 years of Walt Disney Animation Studios in an experience that ignites the dreamer in all of us. “Wondrous Journeys” will feature nods to every film released by the iconic studio over the past century, with music, characters and special moments from favorite stories including “Encanto,” (depicted above), “Hercules,” “The Princess and the Frog,” “Peter Pan,” “Frozen,” “Treasure Planet,” “Big Hero 6,” “Moana,” and more.

The spectacular will also feature a heart-stirring, original song, “It’s Wondrous,” that promises to capture your heart and spark your imagination. You can hear about the process of bringing Wondrous Journeys to life from some of Disney’s creative minds in the video above or by clicking here.

Wondrous Journeys will feature state-of-the-art projection effects that will surround Guests with blank pieces of paper, pencil sketches, and splashes of color as the artistry of animators breathes life into beloved characters from Mickey Mouse and Bambi to Ariel and Mirabel. And this breathtaking show will end in a thrilling moment of heroism, with Baymax soaring high above Sleeping Beauty Castle inspiring us all to fight for our dreams.

Wondrous Journeys will take over Main Street, U.S.A., Sleeping Beauty Castle, the façade of “it’s a small world,” and the Rivers of America to turn these iconic locations at Disneyland Park into an artist’s canvas to bring stories to life all around you. And on select nights, Wondrous Journeys will go even bigger with sparkling fireworks to light up the night sky above Disneyland Park.

We cannot wait to enjoy Wondrous Journeys when it debuts at Disneyland Park on January 27, 2023! And Disney California Adventure will also welcome a brand-new nighttime spectacular on a multi-performance debut on the same night!

Wondrous Journeys will be part of the Disney100 celebrations at Disneyland Resort, along with the debut of World of Color – One at Disney California Adventure and Mickey and Minnie’s Runaway Railway at Disneyland Park, unique platinum decorations, Disney characters dressed in their best celebration outfits, and even an all-new look at Sleeping Beauty Castle. Inside the Magic prepared a guide to all the offerings coming to Disneyland Resort for the 100th-anniversary celebrations, which you can read by clicking here.

Are you excited about the debut of Wondrous Journeys at Disneyland Park? Will you visit Disneyland Resort to see this new nighttime show? Let us know in the comments below!