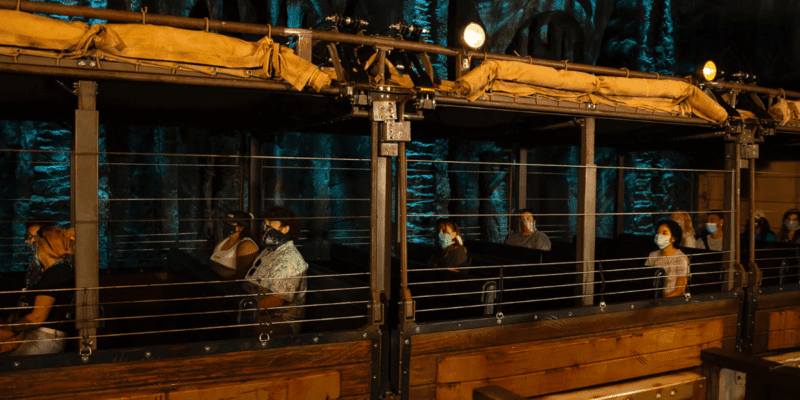 While most of us would never think to jump out of a Theme Park ride, it happens more than you think. Whether to retrieve a lost item or out of drunk boredom, many Guests find it thrilling to break the rules.

We often report on Guests impacted by others prematurely exiting rides, but we rarely hear from the rule breakers themselves. That changed this week when Madi (@Madiiiharrison) made a TikTok about her wild adventure at Universal Orlando Resort:

Though the text on the video states that Madi jumped out of a ride at Walt Disney World Resort, she clarified in the comments that it was actually Universal Orlando Resort.

After Madi jumped out of a ride at Universal Studios Florida, they made her “sign papers saying I wouldn’t sue them.” She said you “just had to be there.”

“I f***ed up; I know that. But Jesus,” sings the popular TikTok audio Madi added to her video. She didn’t say what ride she jumped off of.

Just last month, a Walt Disney World Resort Guest got fed up with waiting for a slow-moving EPCOT ride to restart after a breakdown. They proceeded to exit their Spaceship Earth ride vehicle and sit next to some animatronics. @pharmd23 shared these photos on Twitter:

Just a few weeks later, a Guest jumped out of The Little Mermaid: Ariel’s Undersea Adventure at Disneyland Resort. Because it’s also a slow-moving ride, the unruly Guest was able to slip from underneath the lap bar. @_disney._stuff_ shared a video of the incident on TikTok:

♬ Under The Sea – The Main Street Band & Orchestra

Though repercussions from these two incidents were never publicly reported, it goes without saying that you should never do this when visiting Disney Parks or any Theme Park. Not only is it unsafe, but companies will happily ban anyone who violates their rules.

Have you ever seen a person jump off a Theme Park ride?