Harrison Ford Opens Up About On-Set Chemistry With 'Indy 5' Costar, Director - Inside the Magic 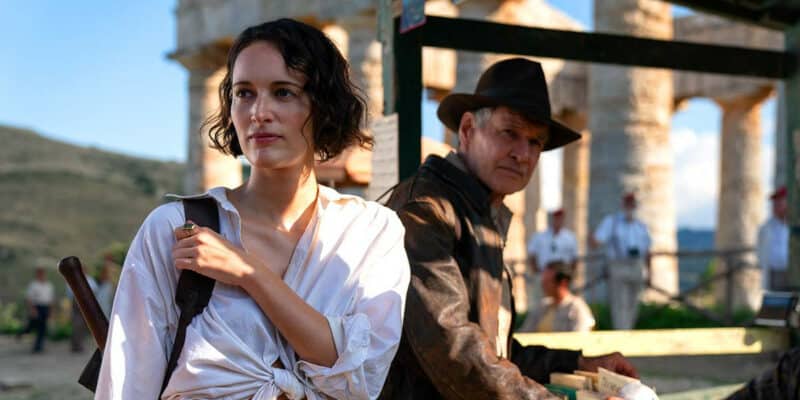 As ever, direct and to the point Harrison Ford.

Harrison Ford has never been one to mince words. Over the years, he’s let people know just how he feels about specific roles, franchises, and plot devices, often peppered with colorful language but generally not cruel. It’s because of this candor that fans know when he pays a compliment, he means it. Recently, the star of the Star Wars, Blade Runner, and Indiana Jones franchises made a statement that’s sure to bolster the confidence of Indiana Jones fans.

It’s no secret that Indiana Jones (Harrison Ford) has been one of Ford’s favorite roles. While there was a significant paycheck and some metaphorical arm-twisting to persuade the star to return as Han Solo (Harrison Ford) in Star Wars: Episode VII – The Force Awakens (2015), another installment for Dr. Jones (Ford) was something he’d been wanting to do for quite some time.

After Indiana Jones and the Kingdom of the Crystal Skull (2008) failed to measure up to the classic Raiders of the Lost Ark (1981), audiences were hoping that some effort would be made to return the franchise to its roots. Over ten years later, Kathleen Kennedy announced plans to do just that, and though it’s taken years since that announcement, a new Indiana Jones film is finally on its way.

Indiana Jones and the Dial of Destiny (2023) has been one of the most talked about pictures in recent months due to a large amount of promotional material and the intriguing trailer that dropped just this month. The fifth film in the franchise promises some classic Indy thrills and action, pitting the hero against a classic nemesis. Dial of Destiny has also brought back a classic Indy character with John Rhys-Davies’ Sallah and introduces a new adventurer in Helena, played by Phoebe Waller-Bridge.

Ford discussed his experience working with both Waller-Bridge and director James Mangold on the new film during a recent interview covered by Film-News. Though it was their first time working together, Ford’s reaction was very positive:

“I hadn’t met her before but I had seen her show, Fleabag. She brought a lot to it and I’m very pleased with the relationship I have with Phoebe in the film.”

Harrison went on to express his feelings on the film itself, saying that he felt it is “extraordinary” and praised Mangold and the co-writers Jez and John-Henry Butterworth for the script and film they’ve been able to put together:

“[They] have produced a script that satisfied my ambition to see the character at the later stages of his career.”

Indiana Jones and the Dial of Destiny hits theaters June 29, 2023, and stars Harrison Ford as Dr. Henry Jones/Indiana Jones, Phoebe Waller-Bridge as Helena, John Rhys-Davies as Sallah, Mad Mikkelsen as Jürgen Voller. The fifth film in the franchise will follow the archaeologist as he, along with Helena (Waller-Bridge), fights to save the world from an old and familiar foe.

What do you hope to see in Dial of Destiny? Let us know in the comments below!

Comments Off on Harrison Ford Opens Up About On-Set Chemistry With ‘Indy 5’ Costar, Director