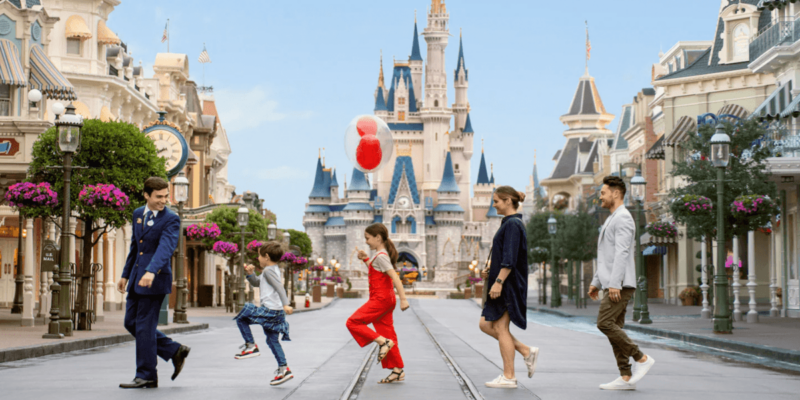 We think of Walt Disney World Resort as The Most Magical Place on Earth. But tensions can be high on such an expensive vacation in the swampy Central Florida heat.

As reports of fights and altercations between Guests and Disney Cast Members increase, many Guests want the Florida Disney Park to take further action than the recently updated “courtesy” rule on the Disney Parks website.

This week, Disney fans discussed a different and even more heartbreaking type of violence frequently witnessed at the Theme Parks: violence against children by their parents.

It started with a post from Reddit user u/HelloKittyandPizza, who shared a disturbing event they witnessed in the lobby of a Disney Resort hotel and wanted to know if they should have intervened:

Saw a girl (around 10 or so) absolutely sobbing in the corner and the mom in me kept an eye on her to make sure she was ok. Her parents came over and her dad was being a jerk, to put it mildly. He was raising his voice and said he only pinched her arm (wtf?) and she was overreacting. Daughter was telling her mom that he grabbed her by the neck and was dragging her. Dad is angrily telling her to get over it and act right. Mom is just looking at her daughter. I was really upset but I honestly didn’t know what to do.

Commenters shared other events they witnessed and whether they got involved. “I alert a cast member, I’ve seen abusive/aggressive behavior a few times,” u/specialkk77 wrote. “Once a dad was twisting his small sons arm screaming about how he paid too much and they’re going to have fun. Security ended up confronting him.”

“Yesterday I seen a mom pushing her way too old to be in a stroller child and parked by one of the big balls In Toy Story land and stop for a moment,” u/Maysrome recalled. “The girl reached out to touch the ball, and the mom yanked back the top of the stroller and started smacking her on the head and the kid was balling. I couldn’t believe it.”

u/DellRunner wrote that they witnessed another Guest get screamed at for stepping in: “An older gentleman stepped to the aggressive father yelling at his son and sternly told him to dial it back. The father then started yelling at the older gentleman. It was heart breaking. Kicker was the mother stared in yelling mind your own business.”

A Disney Cast Member replied that they intervene in some situations but let it be if it’s nothing too violent. “CM here. If it’s a simple spanking or such I ignore it. If it’s aggressive I alert security so they can observe and possibly get the police involved,” u/magusmccormick said.

“If I had a dime for every time I heard a parent at the parks threaten the wellbeing of their child, I’d be a rich man,” u/Share_Company1613 sadly replied.

If you happen to witness a concerning incident, it’s best to alert a Disney Cast Member so that security can handle the situation if necessary.

Have you intervened in a violent situation at Walt Disney World or Disneyland Resort?