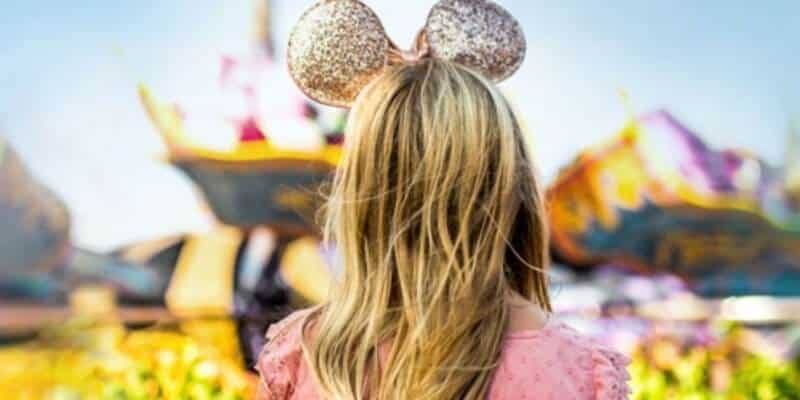 From booking FastPass+ reservations (though currently suspended) to finding the perfect time to dine at Be Our Guest or Topolino’s Terrace, planning a Walt Disney World vacation can sometimes be overwhelming and stressful.

Before FastPass+ reservations or the Disney Park Pass system (which was implemented due to the ongoing pandemic to help manage capacity at the theme parks — Magic Kingdom, EPCOT, Disney’s Animal Kingdom, and Disney’s Hollywood Studios), visiting Walt Disney World seemed to have more spontaneity. But nowadays, in order to visit a theme park, one must be able to score a Disney Park Pass — Meaning those last-minute trips or even day-of changes are nearly impossible to make.

One Reddit user took to the social media platform to share just this and how they feel as though Disney World has become too stressful. After the post was live, we can see there are several other Disney fans and Guests who also miss the spontaneity of visiting Walt Disney World and feel as though a vacation now involves too much planning and stress.

I guess what I mean to say is that when I was a kid there was no FastPass system or anything or park restrictions based on size where you had to pick a certain park for each day. It feels like nowadays you have to plan out a trip to the parks as if it were a military operation, with hard timetables for rides or restaurants and it really sucks the fun out of the experience somewhat. Am I the only one who feels this way?

In less than a day, the post has gathered over 60 comments, with other Reddit users feeling the same way. For example, SchleepyJ4 comment explaining how they miss the spontaneity of visiting Disney World:

I miss the spontaneity and fun of it.

WilCoPaMa also commented explaining how they miss Disney being more spontaneous, especially with the atmosphere that the theme parks have:

Yes! I totally agree. I really enjoy being more spontaneous on vacation. Disney puts so much effort into ambiance just walking around and discovering things is 1/2 the fun,but if you do that no food or rides ? I want to enjoy the park and people I’m with,not be on my phone the whole time checking the time boarding groups,wait times,meal ordering may as well be at work I really HATE the boarding groups,its so stressful and means you could have traveled and spent a lot of money and not get to participate.Honestly as much as it pains me to say,makes me not want to spend time/money on Disney.

Related: Another Disney Park Is Completely Booked For 50th Anniversary

And another Disney fan and Reddit user, who goes by stupid_trollz, explained how they feel the new virtual queue system is ruining the magic:

I think the boarding pass system is going to kill Disney for me. With Fastpass at least you can go on if you are willing to stand in line. With boarding pass, if you don’t get a pass in the allotted time you don’t get to ride. even though I paid just like everyone else.

There was one Reddit user, Lukediddle, who commented saying they can see both sides of this debate:

I can see both sides of this. Being from the UK, we stay on Disney property when we come. One of the biggest perks being that I can plan dinner reservations and even some fast passes before anyone off-resort can. I like planning our days, so that’s cool with me.

On the other hand I think it’s bad. How the hell are people not staying on property supposed to book something like Ohana? I remember messing up once and not booking them my my reservations opened. So 80 days before instead of 90 days or something…. Totally booked up and I couldn’t get in during our trip.

Related: How Far In Advance Do Guests Need to Reserve Disney Park Passes?

And, another Reddit user, who goes by the user name quotelation, explained how they actually enjoy the planning aspect of a Disney World vacation:

I get what you mean, although I personally like doing all the planning. But I purposely try to build in a lot of downtime for just exploring and snacking and hanging out, and that works pretty well for my family.

It really depends on what type of parkgoer you are, I think. I find having a structure for each day to be really useful, because I think otherwise it can feel like we’re frittering time away. And time at Disney is really expensive!

And, lastly, pifish15 brought up the point of perspective, explaining that they feel it depends on what a Disney trip means to you:

I think it all depends on your preference and what a Disney trip means to you. My parents (late 60s) go several times a year and it seems like they get upset if we miss a newly added ride or show because we are taking our time.

My four siblings and I (all in our 30s)are more of the “shit happens, maybe next trip”

If you rarely go, I can see where it would be super important to try and strategize to see as much as possible.

If you want to read more comments or join the discussion, you can view the full post here:

Going to the Parks feels too stressful now from disneyparks

Before you head to Walt Disney World Resort, you need to know that there are new protocols put into place due to the ongoing pandemic as well as certain experiences (including FastPass+) that are currently unavailable. In regards to the new protocols, some of these may stick around for quite some time (including the Disney Park Pass system) so you should familiarize yourself before heading on vacation.

In case you aren’t aware, Disney World implemented this new reservation system to Guests who wish to visit a Walt Disney World theme park — Magic Kingdom, Disney’s Hollywood Studios, EPCOT, or Disney’s Animal Kingdom. In order to enter a theme park, Guests must have both a valid ticket and a reservation for the park they wish to visit on that day.

Additionally, there are three different Park Pass options depending on which type of theme park ticket or reservation you have. For example, if you are an Annual Passholder you will have a different tier of availability as an existing ticket holder or a Disney World Resort Guest.

If you feel as though booking a Disney World vacation can be stressful, be sure to get in touch with our friends at Academy Travel, who will be with you every step of the way and will help ensure that your vacation is magical!

Do you think Disney World is lacking magic? Or do you enjoy the planning aspect? Let us know in the comments below.