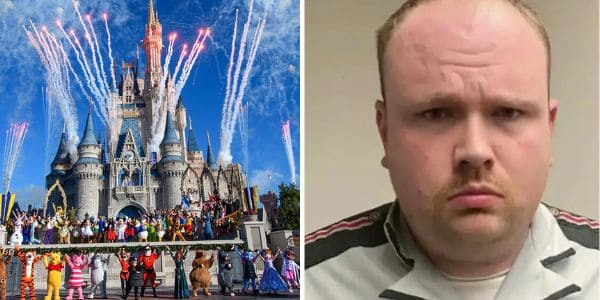 As reported by The Independent, a Walt Disney World Cast Member is one of the 12 different men who have recently been arrested on suspicion of soliciting sex from children online. These arrests were made following a sting operation by police.

The employee was Zachary Hudson who worked as a bus driver and was detained after he sent explicit messages to an undercover detective who he believed to be a 15-year-old girl.

According to authorities, the undercover detective asked the 30-year-old Hudson if he had a problem with her being underage, to which he responded, “my being older doesn’t bother you”. He was also alleged to have told her that “age is just a number”.

The conversation happened over a series of text messages, with Hudson also sending a nude photo according to police.

After the discussion, officers obtained a warrant for the arrest of Hudson and he was taken into custody in Orlando shortly after. Shockingly, he was in his Disney World uniform when he was collared, mug shot images show.

Hudson has now been charged with one count of using a communication device to commit a felony, as well as one count of transmitting material harmful to a minor, which he did over text messaging.

The other suspects arrested during this undercover operation were somewhere between 20 and 67 years old, facing a total of 49 charges. According to detectives, four of the suspects actually traveled to have sex with what they thought were 13 or 15-year-old girls.