Cast Members Given More Authority - Inside the Magic 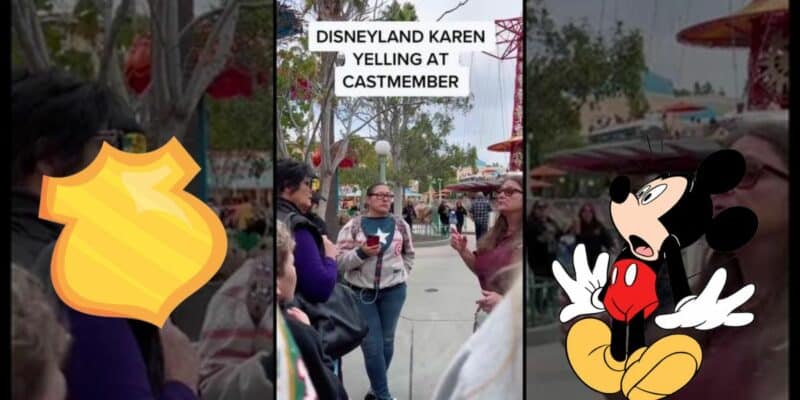 The Cast Members are the glue that holds the Disney Parks together, but they’ve truly been having an excruciating amount of hardship this year. Bad Guest behavior has been off the charts lately, and many of Disney’s magical staff are the ones that suffer for it. It’s gotten so bad that the company has issued a courtesy policy on the Disney Parks website.

On one hand, this doesn’t seem that much out of the ordinary. Disney certainly isn’t the first company to implement such an addition. However, it’s truly unsettling to know that visitors to the Parks have let it get this far. Disney has even updated their resort property rules to include the following:

“Please show common courtesy to fellow Guests and our Cast Members by not using profanity or engaging in unsafe, illegal, disruptive, or offensive behavior, jumping lines or saving places in lines for others. For your safety and the safety of others, please refrain from running except in designated areas.”

Simple and direct, but it’s upsetting to be frequently shown that some Guests need this reminder on repeat.

One former Cast Member shared her thoughts on the subject, as well as how current staff employed at the Parks can professionally handle unruly audiences. In one of her recent TikTok posts, @thedapperdanielle provided her experience and insight on how serious the situation has become.

#stitch with @sugamamakayla Again: I dont speak for the brand or company! But im kinda loving how this policy update was written out! #disneyparksupdates #disneyparks #disneyland #disneyworld #disneykaren #disneycast #disneycastmember #disneycastlife #thedapperdanielle

As @thedapperdanielle so elegantly puts it, “Check yourself before Disney checks you out whether you want to or not.” The user explains how recent poor Guest behavior has indeed become hazardous and emphasizes the need for certain individuals to be asked to leave the Park, but what’s also interesting is that the Cast Members themselves are also given the authority to enforce Disney’s policies. By doing this, Disney has given their staff some much-needed control methods to help keep the Parks safe and functioning for everyone, and this likely isn’t the first step.

It’s sad to know that Guests are continuing to make life difficult for the Cast Members who make so much magic happen on a daily basis, but it’s also reassuring to hear that something is being done about it. This won’t be an overnight fix, but it’s certainly going to help. Sooner or later, Guests like those seen in the stitch above will be swiftly and professionally handled.

Do you think Guests need more control? Tell us in the comments below!