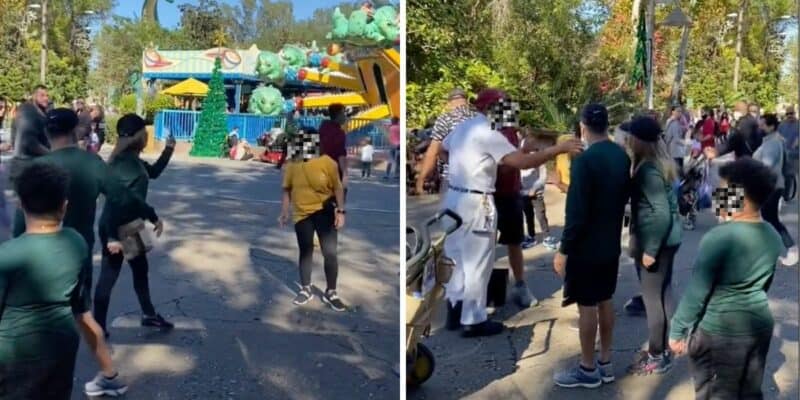 A heated altercation took place at “The Most Magical Place on Earth,” with a video being shared across social media.

Recently, an altercation at Walt Disney World was caught on camera, with the video being shared to social media. The incident took place at Disney’s Animal Kingdom, right inside DinoLand U.S.A., which houses rides and attractions like DINOSAUR and TriceraTop Spin.

We aren’t sure what prompted the argument, but the video shows at least five people yelling at each other, with one Guest involving a Cast member. You can watch the video @milkmen.org posted below:

Check out the video down below:

Disney World is located on private property and therefore can operate under its own rules and regulations. Guests who are unable to follow these rules are at risk of being removed from the park, or worse, depending on the situation at hand. Please be sure to always be aware of the rules set out by Disney before your visit to ensure you are not creating an unsafe or negative environment for Guests and Cast Members.

Have you ever witnessed a fight at Walt Disney World, Disneyland, or another Disney Resort?