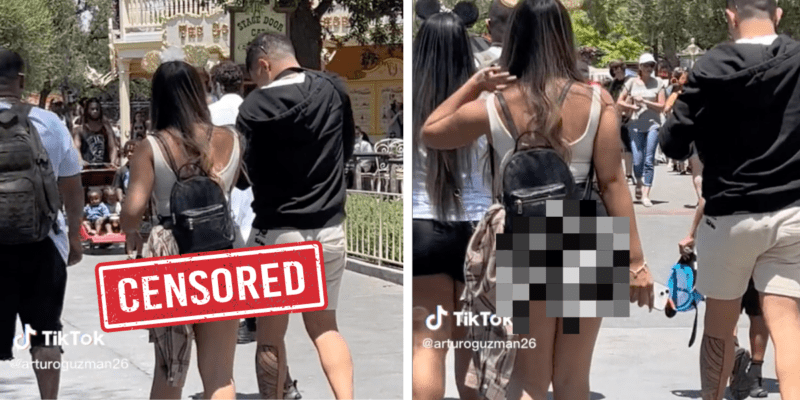 Since this trend took off, some began questioning the inconsistent enforcement of Disney’s dress code. Many Guests took photos of inappropriate and vulgar shirts they saw men wearing at the Disney Parks, highlighting the stark contrast in what men and women are allowed to wear.

This week, a Disneyland Park Guest took to TikTok with a video of another Guest’s outfit that he found questionable:

Many commenters said the Guest should have been dress-coded. “It’s a family environment,” said @bianca65571.

But others said it was more inappropriate for a stranger to record the woman. “You recording her and posting it is creepy,” @eah1289 commented.

“Ehhh i mean ive bought shorts without knowing how much they ride up until waaaaay later,” @grabthedollar wrote.

Disneyland Resort keeps its definition of “inappropriate” vague, so it’s up to the discretion of the Cast Members at Park entry to decide if clothing adheres to dress code requirements. From Disney:

Do you think the Disney Dress Code should be updated?