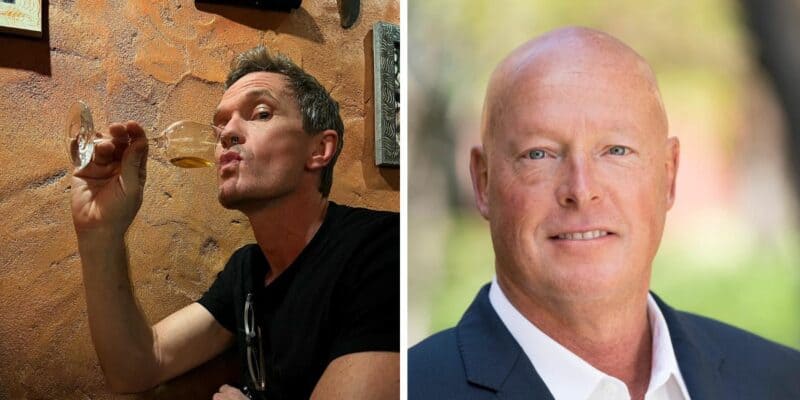 During the holidays and the Christmas season, all of the Disney Parks and Resorts change and transform, bringing new and exciting experiences for Guests lucky enough to spend their holidays with Disney.

The Candlelight Processional was one of Walt Disney’s favorite traditions at Disneyland Park and was eventually brought to EPCOT at the Walt Disney World Resort. It remains one of the only religious experiences at the Disney Parks and is a Christmas must-do for many families visiting EPCOT World Showcase.

This special holiday event is a great way to spend time at Walt Disney World, especially when considering the various celebrities that have dedicated their time to the processional.

The first performances of the season kicked off on November 25 and 26, coinciding with the return of EPCOT International Festival of the Holidays. These six performances were narrated by Candlelight Processional newcomer Simu Liu, famous for his starring role in Marvel Studios’ Shang-Chi and the Legend of the Ten Rings (2021).

Recently, the processional also became somewhat of a comedy club, with host Neil Patrick Harris taking the stage. Charming as ever, the worldwide celebrity and Disney Parks fan took the stage, all with his signature charm. However, no one could have anticipated what the comedian would say before the processional actually started.

Harris decided to lay into former Disney CEO Bob Chapek with a joke.

Some called out the star for the joke, saying it wasn’t the time or place. Others enjoyed the joke, so much so that Harris is being honored in a major way at Walt Disney World. This was revealed in a tweet from La Cava Del Tequila on Twitter.

La Cava del Tequila in EPCOT is a hot spot for Guests visiting World Showcase. The tequila bar is located inside the Mexico pavilion and offers a wide variety of margaritas and other tequila-based drinks. To honor Harris, the bar/shop carved out a special table just for him. Check out the table down below:

At La Cava, every guest is special. But after the inspired @ActuallyNPH performance at Candlelight Processional we have officially saved him a seat at his favorite table. Neil’s always welcome, and so are you! Come enjoy a margarita!

At La Cava, every guest is special. But after the inspired @ActuallyNPH performance at Candlelight Processional we have officially saved him a seat at his favorite table. Neil’s always welcome, and so are you! Come enjoy a margarita! pic.twitter.com/rDkS3TxwHU

Harris, a well-known Disney Parks fan, regularly visits both Walt Disney World Resort and Disneyland Resort with his family. Harris’ comments about Bob Chapek come months after it was revealed by Disney that Bob Iger would be replacing him as CEO of The Walt Disney Company.

What do you think about the joke? Was it in good or bad taste?