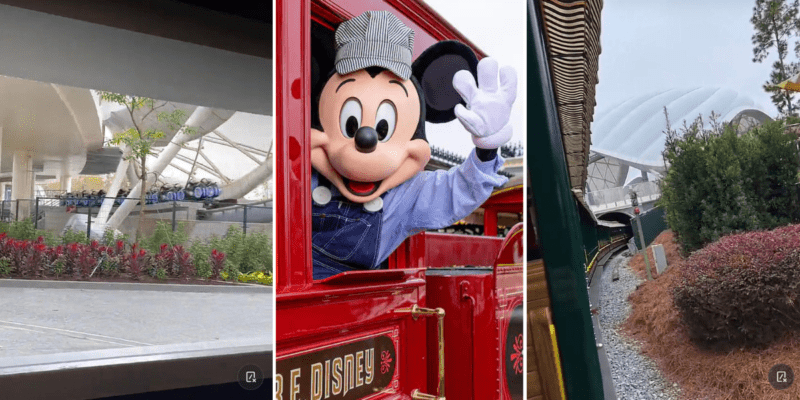 With the long-awaited return of the Walt Disney World Railroad, Disney inadvertently shared an up-close look at a brand-new attraction.

Earlier today, Disney finally announced the long-awaited return of the Walt Disney World Railroad. While Park officials refused to share an official reopening date, Disney’s social media team shared an up-close look at one of the most anticipated new attractions at the Orlando theme park along with the announcement.

After repeating itself several times and seeing multiple delays, Disney’s announcement shared earlier today stated that the Walt Disney World Railroad would reopen this holiday season with some changes, including a new route and a tunnel going through one of the most anticipated Disney attractions, scheduled to open in Spring 2023. Disney Parks (@disneyparks) recently shared a video on TikTok in which viewers can take a “POV” ride on the returning Walt Disney World Railroad, taking a first look at “ALL the sights, OLD & NEW.”

And with this first look at the new railroad route, viewers could also take an up-close look at TRON Lightcycle Run, with the long-awaited coaster testing and a batch of Lightcycles zooming past the new tunnel. Guests will also hear an all-new audio themed to TRON Lightcycle Run, which detects the Walt Disney World Railroad approaching, scans it, and states, “locomotive maintaining trajectory, intervention not required.” In addition, viewers can see Big Thunder Mountain, Main Street, U.S.A., and the entrance to Magic Kingdom.

TRON Lightcycle Run has faced several controversies regarding its condition and a sponsorship that didn’t have the warmest welcome among fans. While the attraction has constantly been testing at Magic Kingdom, no official opening date has yet been revealed for the all-new Disney attraction. The latest information stated that TRON Lightcycle Run would open in Spring 2023. Inside the Magic will keep you updated as more information becomes available.

Are you excited about the opening of TRON Lightcycle Run in Magic Kingdom at Walt Disney World Resort? Let us know in the comments below!