Walt Disney World Railroad Returns For the Holidays - Inside the Magic 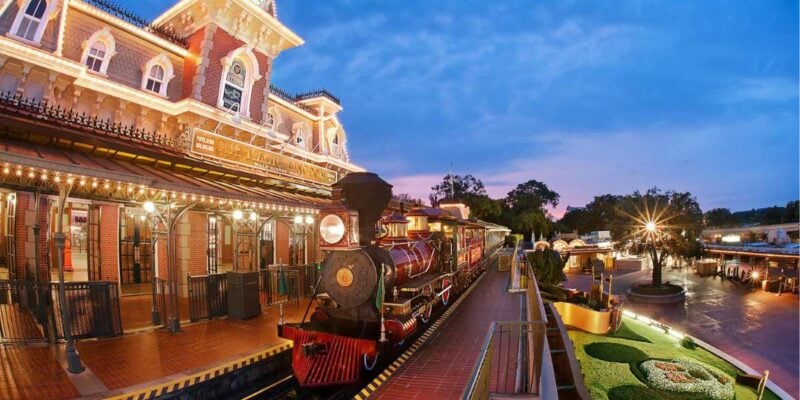 After being in repairs and refurbishment, the Walt Disney World Railroad is finally coming back to the Parks after being absent for years. Not only that, but it’s promising to be an entirely different experience compared to the previous loop around the Magic Kingdom. Fans can expect the trains to roll back into the station sooner rather than later.

The Walt Disney World Railroad isn’t just a loop around the Magic Kingdom, but a piece of Disney Park history inspired by Walt Disney’s passion for locomotives from his original theme park. Since their removal in 2018, the trains’ absence has changed the experience of Walt Disney World’s most iconic Park. However, a recent post from Scott Gustin comes bearing tidings of great joy as Disney has confirmed the return of this popular attraction.

NEW: The Walt Disney Railroad will reopen “this holiday season” and will feature “a completely refreshed track looping the park” and “an all-new voice to bring guests into the beloved stories they encounter as they travel from one magical land to the next,” Disney confirms.

NEW: The Walt Disney Railroad will reopen “this holiday season” and will feature “a completely refreshed track looping the park” and “an all-new voice to bring guests into the beloved stories they encounter as they travel from one magical land to the next,” Disney confirms. pic.twitter.com/ZF0a2dspAc

Most previously seen in operational testing running alongside the new Tron rollercoaster, the trains have been slowly inching their way to a full return for the past few months. While Guests are obviously thrilled at seeing the them in operation again, there’s a good chance that the upcoming reopening won’t be the same trip through Disney’s world of yesterday, tomorrow, and fantasy. The announcement also promises both a refurbished track loop and “an all new voice,” likely inferring that the audio tour around the Park performed by Corey Burton could be replaced. This might very well garner the attention of a few annoyed Disney purists, but it also continues to promise new life being brought to a classic attraction.

An official date of opening is unknown, although there are rumors of the Walt Disney World Railroad’s reopening set for January, but fans are undoubtedly excited either way. The return of the attraction could be the start of a return to the beloved Disney magic that has been unfortunately lacking in the Parks this past year. With any luck, this is only one of the first steps towards a brand new era for the Parks, company, and the Disney name.

Are you excited for the return of the Walt Disney World Railroad? Tell us in the comments below!