Two Disney Attractions Collide During Testing Stages - Inside the Magic 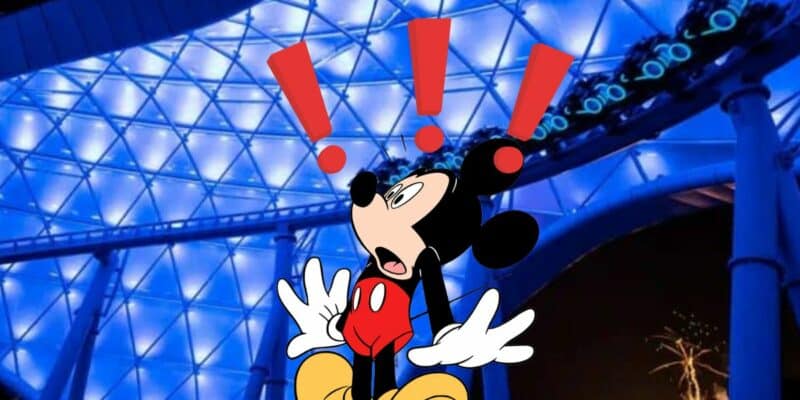 A great many changes are on their way to the Disney Parks, some more well-received than others. During the construction of the upcoming Tron coaster, another Disney attraction in its testing phase ran right into its territory with a vehicle full of test passengers.

For years now, thousands of dedicated Disney fans have been eagerly waiting for the completion of Tomorrowland’s Tron-themed rollercoaster. Since it was announced that the original in Shanghai Disneyland was getting its own American counterpart, Guests have been chomping at the bit to get a taste of the Game Grid aboard these neon-lit Lightcycles, but it’s not the only attraction scheduled with an upcoming opening. Within the same window of time, Guests can also expect the grand and long-awaited reopening of the Walt Disney World Railroad.

The beloved railroad loop around the Magic Kingdom has been closed for refurbishment since 2018, and its absence has been keenly felt for the past few years. However, its return has been teased and teased with videos of test footage popping up in multiple locations. That being said, fans probably weren’t expecting it to make an intimate connection with the upcoming coaster

Videos of the trains doing test runs have already been circulating social media, but a recent tweet by @ScottGustin shared a video of a train full of passengers running through a tunnel with the TRON attraction overhead. Those familiar with the layout of the Walt Disney World Railroad will undoubtedly be familiar with the fact that the train does pass through Tomorrowland, rolling right past Space Mountain and the Tomorrowland Speedway. With the new addition of the coaster’s structure, riders are taken through a tunnel that leads right through the attraction.

Related: What Trains to Take at the Disney Parks

Naturally, this is a huge addition to the train’s established route that will immediately grab Guests’ attention as they chug along from land to land. As of this time, it’s unknown what sights might be seen inside or on the other side of the tunnel, but the suspense is beyond palpable. With the new rollercoaster set to open in the spring of 2023, fans might be in for a treat when the railroad makes its return.

Are you ready for trains and Tron at the Magic Kingdom? Tell us in the comments below!