Charlie Cox May Not Be In 'Deadpool 3', But Confirms Historic Production For New Series - Inside the Magic 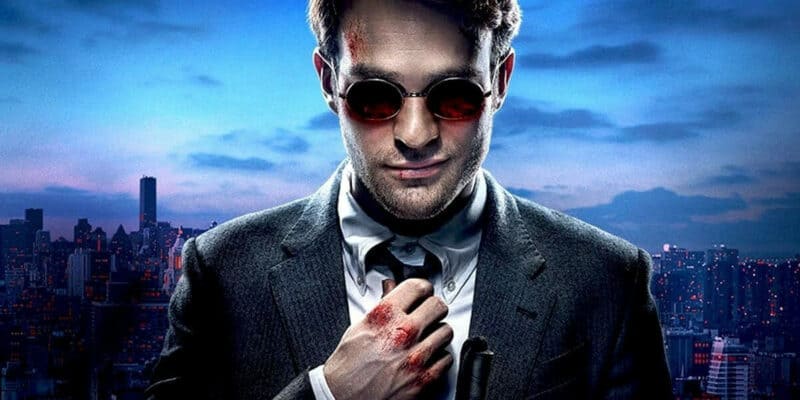 Daredevil (Cox) has been a source of consternation for years now. After making his film debut as part of a Netflix series in 2015, Cox’s character marked a shift in Marvel Studios’ entertainment. While violent, the Marvel Cinematic Universe hasn’t been nearly as violent nor as graphic as the Daredevil series. Far from alienating Marvel Comic fans, however, the show quickly became a fan favorite.

That very point, in fact, has been the source of worry amongst Marvel fans: with the more toned-down format of Disney+ shows, particularly Marvel content, what will become of Daredevil (Cox), especially when it comes to his new series, Daredevil: Born Again? These concerns are valid, as the brief crossover between Daredevil and Hawkeye showed a Wilson Fisk/Kingpin (Vincent D’Onofrio) that was nowhere near as violent or intimidating as he had been in the original series.

With Disney+, it could really go either way. The streaming platform introduced significant parental controls, making it possible to control what is available to parents and children, thereby allowing for more mature content. This change also heralded the introduction of R-rated films to the service, famous for its family-friendly content—one such film Deadpool (2016).

The irreverent, violent, and foul-mouthed action/comedy was just one of many questions up in the air after Disney’s acquisition of Fox: would they keep the popular Ryan Reynolds film around and incorporate it into the Marvel Cinematic Universe? If so, how would they go about doing it? Not only is Deadpool sticking around, but a third film is in active production, bringing back Ryan Reynolds, Hugh Jackman, and, as the rumors went for a time, Charlie Cox’s Daredevil.

Cox has debunked that particular rumor, however. During a recent interview with TechRadar, the interviewers reminded Cox of an offhanded statement he had made during a comic convention in Germany some time ago, hinting that he could be a part of the next Deadpool. Cox responded, saying:

“Oh yeah, I said that in Germany, didn’t I? I can tell you now; I’m definitely not in Deadpool 3.”

While that news is disappointing for Marvel Fans hoping for a legendary team-up, the other information released about Daredevil (Cox) is promising. In another interview with NME, the star revealed that the 18-episode Disney+ series about his character will be filming for a solid 11 months, making this the longest production for any Marvel series to date.

This may yet be another indication of the rumored refocus that Disney is putting into Marvel shows, emphasizing quality over quantity. With subject matter as popular as Daredevil, most Marvel fans can agree that the wait will be worth it for a high quality product. Taking the time to make sure all angles are considered, and each character is done justice is never a bad sign. Daredevil: Born Again is scheduled to hit Disney+ in 2024, and will star Charlie Cox as Matt Murdock/Daredevil.

What do you hope to see in the new Daredevil show? Let us know in the comments below!

Comments Off on Charlie Cox May Not Be In ‘Deadpool 3’, But Confirms Historic Production For New Series