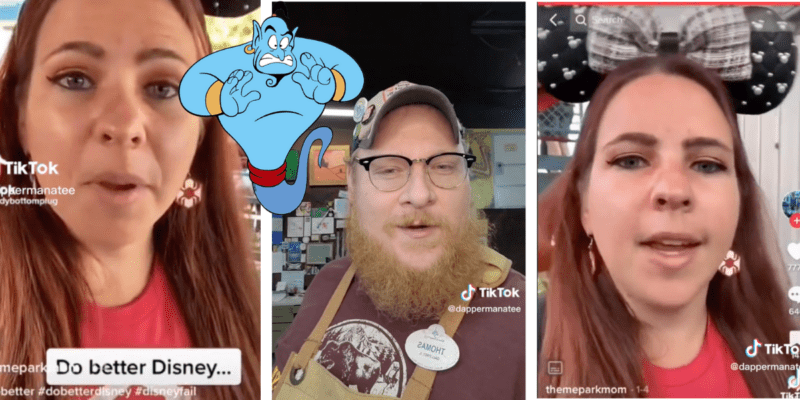 Many Guests have complained about Lightning Lanes, which increased in price this October. Some Guests who purchase Lightning Lane say they aren’t getting enough value for their money, sometimes waiting 30 to 45 minutes in “faster” queues. Still, other Guests say Disney is prioritizing Lightning Lane Guests too much.

This was the case for @themeparkmom, a Disney influencer and Magic Key Holder who visited Avengers Campus Disney California Adventure with her son. She posted a video complaining about a long wait at WEB SLINGERS: A Spider-Man Adventure, which former Disney Cast Member Thomas (@dappermanatee) shared with frustrated commentary:

“The line said 75 minutes,” the influencer said. “I think the most frustrating part was getting up to the front of that line after having waited two hours to get to where the show queue was to be let in with a group of only six other people, and then they let in thirty people from Lightning Lane. I understand that the people who paid for Lightning Lane paid for that right to cut the line, but they paid for the right to cut a 75-minute line.”

The former Cast Member laughed at the influencer’s video. “You’re right; they should just send them back out.”

“So you understand that they paid for that, but also they shouldn’t get anything? Got it. You obviously do not understand,” Thomas said. “This is like somebody saying that if you had a reservation, it should mean nothing if the wait is longer than you expected. Guests can be so full of themselves.”

Thomas argued that while he understands people pay a lot of money to visit Disney Parks, they must remember that everyone else also pays to be there. (This is even more applicable in this situation, given that the Disney influencer is a Magic Key holder and paid significantly less for her ticket than Guests visiting on vacation with single-day tickets.)

The former Cast Member then explained that people used to needlessly book attractions with the old FastPass system just because it was free, which made the standby line even longer. Because Guests pay for Genie+ and Lightning Lane, they’re more intentional about their choices.

“I believe that standby should be the only line. You shouldn’t even get a chance to go ahead of people at all,” Thomas argued. “If there was one single line for every attraction, it would go faster. But people complain that they can’t get ahead of other people.”

“This Guest is the prime example of somebody that would get a FastPass, be mad if they had to wait longer than the standby line, but loves to complain when they’re in the standby line,” he continued. “Yes, we’re going to send more FastPass when the line gets backed up. They’re called ratios.”

Thomas also explained that the ride likely broke down or experienced a temporary delay at some point during the Disney influencer’s wait, making both the Lightning Lane and standby wait times longer.

“Things break down. Those that paid for reservations will go first. That’s how it works. If you don’t like it, don’t go,” Thomas concluded. “Don’t let the turnstile hit you on the way out.”

What do you think of the Genie Plus and Lightning Lane system?