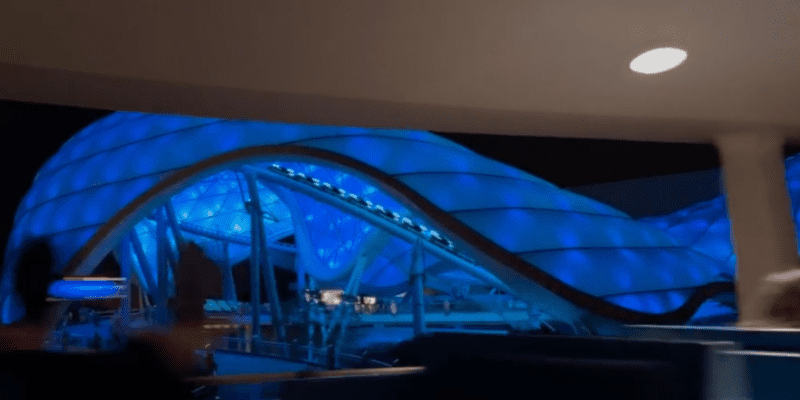 The Disney Park recently released footage of D’Amaro and other Disney Cast Members testing the ride, but has been mostly quiet about the ongoing construction since. But this week, Guests on the Tomorrowland Transit Authority Peoplemover got a first look at the rollercoaster testing in the dark:

Caught some Tron testing tonight. Looked so smooth. Lighting was beautiful in person. from WaltDisneyWorld

Inside the Magic will report any updates on TRON Lightcycle Run, coming to Magic Kingdom in spring of 2023.

Comments Off on Disney World Prepares For TRON Opening Overnight