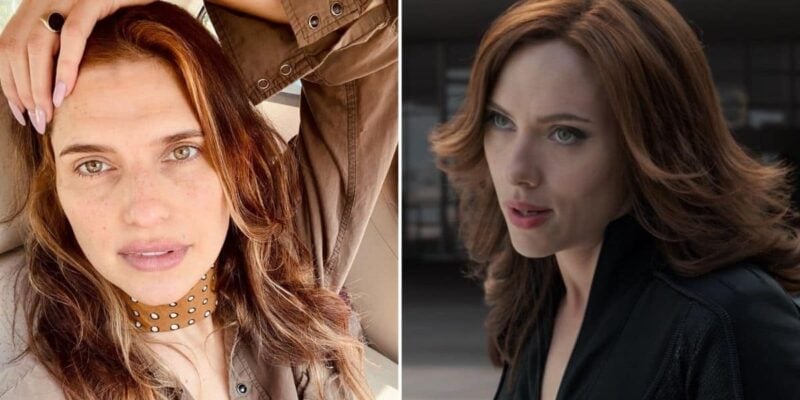 The latest film to join the Marvel Cinematic Universe quietly introduced an actress into live-action who had previously taken over the role of Black Widow last year.

In a world as large as Kevin Feige’s Marvel Cinematic Universe, chances are there will be familiar faces taking on multiple roles across different projects. It’s been seen with the likes of Gemma Chan, who played both Minn-Erva in Captain Marvel (2019) and Sersi in Eternals (2021), and, now, another actress is joining that list. Rather surprisingly, the actress chosen to replace Scarlett Johansson as Natasha Romanoff/Black Widow in Marvel’s acclaimed animated series, What If…?, also appeared in this month’s release of Black Panther: Wakanda Forever (2022).

The sequel to director Ryan Coogler’s epic, Black Panther (2018), finally debuted exclusively in movie theaters after years of contention over the direction of the movie, as well as the decision to not recast the late Chadwick Boseman’s character of King T’Challa. Following the actor’s unfortunate passing in 2020 to colon cancer, Marvel executives such as Feige and producer Nate Moore, were quick to reveal that Boseman’s role would not be recast with a different actor, instead, Coogler’s team would navigate the movie without T’Challa, opting to harness the cast and fandom’s collective grief to cement his legacy on Wakanda Forever and the Black Panther franchise.

And, of course, with any new entry into the live-action Marvel Universe, there were a number of surprises including a supporting role from Julia Louis-Dreyfuss who brought her sharp Valentina Allegra de Fontaine back to the big screen, and Black Panther’s Michael B. Jordan, who returned as Killmonger.

However, in the action-packed movie, one new character stood out not for their game-changing role but because they had already appeared as a different character in the MCU. In the movie’s opening third, it is revealed that the Americans have found another source of vibranium — Wakanda’s powerful material — in the ocean, which leads to one of the film’s more chilling scenes as the people of Talokan go surface side to protect their territory. And the character leading this excursion into the deep blue is Dr. Graham, played by none other than actress Lake Bell.

Bell is relatively known for starring in Man Up (2015) and for providing the voice of Vanessa Fisk in Spider-Man: Into the Spider-Verse (2018). Last year, the actress lent her talents to bring one classic MCU character back from the dead. In Marvel’s What If…? Natasha Romanoff AKA Black Widow is still alive, thanks to the world-bending rules of the Multiverse. However, it wasn’t Scarlett Johansson playing the character she originated for the MCU back in 2010’s Iron Man 2, but Lake Bell.

Later, after Bell’s first appearance as Natasha Romanoff in What If…?, the actress was caught on the set of Black Panther: Wakanda Forever, lending to the theory that she might be bringing her version of the Black Widow from animation to live-action. It wouldn’t be Natasha that Bell would be playing in the end, but her inclusion in the Marvel movie sequel once again shows that the studio isn’t afraid of reusing talent across their projects.

But, there is still time for more characters from What If…? to cross over into live-action. Most recently, Hayley Atwell’s Agent Peggy Carter transcended genre when the actress debuted Captain Carter in Sam Raimi’s Doctor Strange in the Multiverse of Madness (2022).

As Marvel Phase Four comes to an end, all eyes are peeled to see what the superhero studio does next as it delves deeper into the Multiverse Saga.

Did you notice Lake Bell in Black Panther: Wakanda Forever? Let us know in the comments down below!