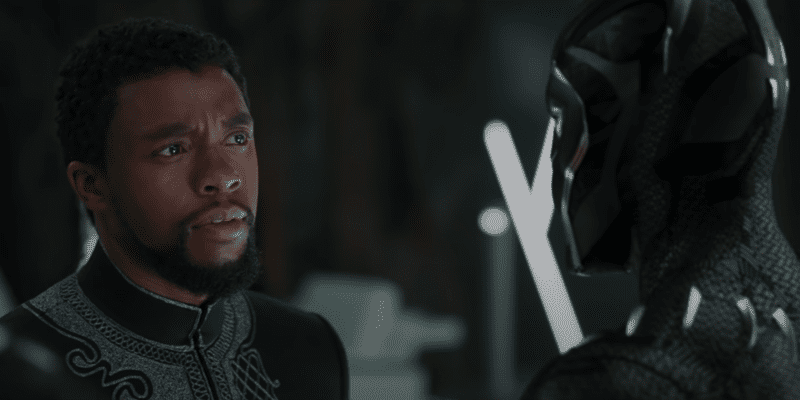 In under a month’s time, Ryan Coogler’s highly anticipated follow-up to Black Panther (2018) will release exclusively in movie theaters. Black Panther: Wakanda Forever (2022) finds not only the characters in Kevin Feige’s Marvel Cinematic Universe dealing with the loss of their King T’Challa, the eponymous Black Panther played by the late Chadwick Boseman but fans of the franchise will re-enter Wakanda without Boseman holding their hand.

Amid the conversations surrounding the recast T’Challa movement, and questions of who will don the famous black superhero suit and become the next Panther, Disney has issued a statement on how it intends to release the forthcoming Marvel Phase Four movie in one territory.

Related: Chadwick Boseman Died Without a Will, Now the Fate of His Fortune Is Decided

Black Panther: Wakanda Forever, the second outing for Coogler and Marvel Studios, will officially debut Boseman’s replacement. After the actor died in 2020 from colon cancer, fans of the MCU have been questioning how Feige’s franchise would deal with the loss of such a celebrated talent and powerful symbol.

Boseman’s take on the King T’Challa received universal acclaim, and, along with Black Panther as a whole, demonstrated the need for diverse storytelling on a large big-budget scale — the movie centering a Black hero in a largely Black cast made waves in the industry as the first mainstream comic book effort to be lead by Black actors.

It was clear, though, that Marvel Studios felt Boseman held too much weight on T’Challa. An early decision from Feige and producer Nate Moore confirmed that Boseman’s Avenger would not be recast in the MCU, opening the studio up to years of backlash. Sure, fans want Boseman’s legacy to be celebrated, but concerns about erasing T’Challa — one of the most well-known, and longest-living characters in Marvel Comics — from the live-action Marvel Universe have been condemned on a frequent scale.

That being said, The Walt Disney Company and Marvel Studios are heading towards their mid-November release with fervor. With an emotional teaser trailer dropping out of this year’s San Diego Comic-Con’s Hall H, and a later official trailer bringing fans back to Wakanda and introducing Tenoch Huerta’s Namor, excitement to see who will become the next Black Panther mounts.

And for one entire country, a decision has now been made on Black Panther: Wakanda Forever‘s release after concerns about a release scheduled stunted negotiations.

France’s current media chronology, according to The Walt Disney Company, is extremely outdated. Where the majority of Disney+ territories can find films on the Disney streamer around 45 days after theatrical release, the French authorities have a more muddled approach that is seemingly out of sync with Disney’s aims to get content in front of audiences.

As it stands, Disney’s theatrical releases in France are made available for purchase four months after their debut. Under a long-standing output deal, they then become available to Canal Plus after six months. At 17 months, films head to Disney Plus for five months. At the 22-month mark, they come off the service and go to free-to-air channels for a 14-month exclusive period before reverting to Disney Plus after 36 months.

Now, after confusion over whether Disney would theatrically release Black Panther: Wakanda Forever in the French market, the Mouse House has clarified its stance — but not without a stern warning to the country. Disney’s statement read:

“Following the French authorities’ acknowledgment that the Media Chronology needs to be modernized and setting a clear timeline for those discussions, The Walt Disney Company will move forward with a French cinematic release of Marvel Studios’ Black Panther: Wakanda Forever on 9 November. Consequently, the film will not be available to Disney+ subscribers in France until Spring 2024, due to the current windowing framework.

Disney then went on to say that France’s “chronology is anti-consumer and puts all studios at increased risk for piracy”, and will actively work with the CNC, and the Ministry of Culture “to try and find a quick and equitable solution for all parties,” ending by stating:

“In the meantime, we will continue to make future release decisions on a film-by-film basis.”

This may mean that French audiences and fans of the MCU may not get to witness the future adventures of the Avengers on the big screen, and instead have to opt for Disney+ — Black Panther: Wakanda Forever could be the last Marvel movie in theaters for a while.

The sequel to Coogler’s billion-dollar hit is slated to release on November 11, 2022. Previously thought to be one of the central MCU movies in Marvel Phase Four, after the continuous reshuffling of project release dates, and the overall lukewarm reception to the current Phase, Black Panther: Wakanda Forever will now officially close out this slate of MCU media. The Wakandan epic will then be followed by director James Gunn’s epilogue, The Guardians of the Galaxy Holiday Special (2022) in December.

Will you be seeing Black Panther: Wakanda Forever in movie theaters? Let us know in the comments down below!

Comments Off on Decision Made Over ‘Black Panther: Wakanda Forever’s Release as Country Faces Full Force of Disney