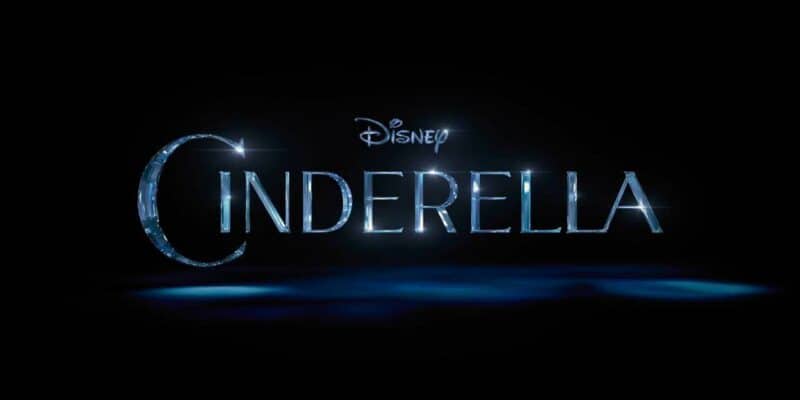 The classic story of Cinderella has been made and remade more times than we can count. Pumpkins, mice, glass slippers, and balls. And don’t forget the stroke of midnight.

One of the original versions of Cinderella came from The Brothers Grimm. That account of the tale is far different than most adaptations we have seen throughout the years.

First, there’s actually no fairy godmother. Instead, there are two doves. Also, each evil stepsister either cuts off her toe or heel in an attempt to make the glass slipper fit onto their foot; and they both end up getting their eyes pecked out by the two doves.

Talk about a fairytale ending.

This adaptation stars Leslie Caron as ‘Cinder’ Ella, and Michael Wilding as Prince Charles. Considered to be a comedic musical, this tomboyish outcast falls in love with a royal.

Charles Walter directed this Hollywood musical. Caron was able to showcase her beautiful ballet skills (having previously doing so alongside Gene Kelly in An American in Paris.)

What’s a Cinderella movie without throwing in a little Hallmark Christmas magic? In this take of the classic, Angie (played by Emma Catherine Rigby) runs her uncles event business.

After taking a night off to have fun at a ‘Christmasquerade Ball’, she catches the eye of a wealthy local bachelor, Nikolaus (played by Peter Porte). But Angie has to leave before revealing her identity which has Nikolaus searching for his mystery woman in this modern take of our classic fairytale.

Starring Lily James as Cinderella and Richard Madden as the Prince, this version is more along the lines of the traditional fairytale. Complete with a fairy godmother, an evil stepmother and, of course, magic. But who wouldn’t want Helena Bonham Carter to be their Fairy Godmother?!

When her father unexpectedly dies, young Ella finds herself at the mercy of her new family. Her fortunes begin to change after meeting a dashing stranger.

Julie Andrews is no stranger to playing royalty. After all, she is our favorite Queen of Genovia. However, she needed to be a princess before becoming a queen. This also isn’t the only Rodgers and Hammerstein to make to our list.

Andrews plays the lead role of Cinderella and actor Jon Cypher played her Prince Christopher. This is one of the only adaptations that was broadcast live and yet still came off seamlessly. Why wouldn’t it when you have someone playing the lead who is “practically perfect in every way.”

In this version of the classic tale, we have Selena Gomez playing Mary Santiago (Cinderella), and Drew Seely playing Joey Parker (the prince). This movie is more about dancing and there’s also no glass slipper. Instead, there is a ‘Zune’ (an outdated version of an iPod).

Mary lives with her evil stepmother and equally evil stepsisters. After attending a high school Masquerade ball, and dancing the night away her “prince”, Mary races home to beat curfew, but loses her Zune in the process.

Telling people that this could quite possibly be the girl of his dreams, Joey only has her Zune to try and figure out who this masked beauty is.

Sam lost her father in an earthquake and got stuck becoming ‘the help’ to her evil stepmother and her two daughters. Luckily Sam has a best friend, Carter and an email crush on Nomad. One day, Nomad asks to meet Sam at the school’s masquerade dance.

She agrees and they spend the night dancing away. However, Sam leaves in a rush to make it back to the family diner before curfew, leaving her cell phone behind. Austin finds it and has to figure out who his mystery Cinderella is.

Disney’s Cinderella is the most classic version that we are used to. Most other adaptations are based off this.

Cinderella’s evil stepmother, Lady Tremaine, refuses to let her attend the King’s royal ball with her stepsisters, Anastasia and Drizella. So, Cinderella enlists the help of her mice friends Jaq and Gus Gus. They also get to meet the Fairy Godmother who helps them get Cinderella ready- complete with pumpkin coach, glass slippers, and a beautiful gown.

She goes to the ball and dances the night away with her Prince Charming. However, when the clock strikes midnight, Cinderella flees, leaving behind one glass slipper.

The prince then spends the rest of the movie searching for the girl that fits into the slipper.

And finally, our Top Three Choices for the best Cinderella adaptations!

Coming in at number three is Ella Enchanted.

This movie is based off of Gail Carson Levine’s award-winning novel of the same name. Ella was given the gift of obedience by a fairy named Lucinda (Vivica A. Fox). From infancy Ella has always had to obey anything anyone tells her do.

Ella of Frell is played Anne Hathaway and Char is played Hugh Dancy.

In this modern-day tale, there is no glass slipper. Instead, there are ogres and elves and fairies. This movie follows Ella as she attempts to get rid of the ‘gift’ that was bestowed on her from a flighty fairy.

Unlike other Cinderella’s, in this version, Ella has to depend on herself and her intelligence to face her problems and break her own curse.

The number two spot holds our other Rodgers and Hammerstein classic.

This movie was based off of our number seven choice- the 1957 televised musical starring Julie Andrews.

This version is beloved for its diverse casting, strong vocals, and exquisite costume design.  And, according to audiences, the comedic stylings of these famed actors and musical powerhouses make this one such a hit — and many can’t believe that this was a made-for-TV movie that did not debut in theaters.

The endearing chemistry between Brandy and her on-screen fairy godmother Whitney Houston was lauded, as was the comedic tone and joyful spirit of the TV version. Houston also acted as an executive producer for the picture, hand-selecting Brandy as Cinderella.

This was the first time the story was adapted for a racially diverse cast and Brandy the first person of color to portray the beloved character on screen. Rodgers & Hammerstein’s Cinderella remains a fan favorite among audiences and is considered a groundbreaking installment of the classic tale.

The synopsis for this movie gives the perfect example as to why it made number one on our list. Not that it needs a reason.

The Brothers Grimm arrive at the home of a wealthy Grande Dame (Jeanne Moreau) who speaks of the many legends surrounding the fable of the cinder girl before telling the “true” story of her ancestor.

In flashback, the story then focuses on eight-year-old Danielle, daughter of a wealthy widower, a 16th-century landowner. After returning to France with his new wife Rodmilla (Anjelica Huston) and her two daughters, he dies of a heart attack.

Ten years later, Danielle (Drew Barrymore) is now treated as a servant by the trio. Fortunately, she has an encounter with Prince Henry (Dougray Scott), who is fleeing an arranged marriage.

Later, when Danielle poses as a Lady, the Prince takes an interest in her. Inventor-artist Leonardo Da Vinci (Patrick Godfrey), accepting the French court’s patronage, offers advice to Prince Henry on matters of the heart.

This romantic drama forgoes these folktales usual premise and magical elements. Instead, it favors a historical fiction approach, taking place in a Renaissance Era France.

The intriguing interpretation features the appearance of the Brothers Grimm and offers a more realistic depiction of the kind-hearted heroine.

Ever After truly thrives on the heart-warming romance between Danielle and the charming Prince Henry, making it one of the most memorable and adored adaptations; it is heavily regarded as a modern, post-feminist interpretation of the tale.

Were we able to get your favorite adaptation of Cinderella into our top ten list? Let us know in the comments which one is your favorite.