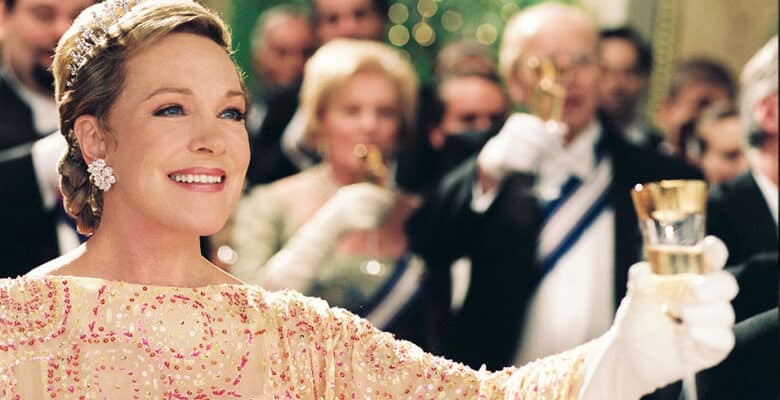 There are many franchises that have become beloved classics by Disney fans.

From Disney Pixar films to Walt Disney Animation Studios movies to Disney Princesses and even Disney Channel Original Movies and more, there have been so many blockbuster hits to come through Disney in the last 70 years.

One of those beloved franchises is The Princess Diaries (2001).

The Princess Diaries served as one of the big breaks for the now well-renowned actress Anne Hathaway (Ella Enchanted, Bride Wars, Alice In Wonderland, Alice Through The Looking Glass, Ocean’s 8) and features the story of Mia Thermopolis, a teenager who is thrown for a loop when she finds out that she’s a real-life princess of a country named Genovia. Her grandmother, Clarisse Marie Grimaldi Renaldi, played by Julie Andrews (Mary Poppins, Star!, The Sound of Music), is the ruler of Genovia and wants Mia to be the heir to the throne.

In the second film, The Princess Diaries 2: The Royal Engagement (2004), we see Mia taking on more duties while living in the palace in Genovia and attempting to find a husband to keep her rightful spot as the next heir.

The idea of a Princess Diaries 3 may seem far-fetched nearly two decades after the sequel, but that hasn’t stopped many fans from dreaming. In a recent interview, however, Julie Andrews revealed it is likely “too late to do it now.”

“I think it would be too late to do it now,” the Tony Award nominated actress said in an interview with The Hollywood Reporter. “There was talk of a sequel many, many years ago. But I don’t think it ever came to pass. And Garry then did leave us. [Director Garry Marshall died in 2016.] [For] especially me, it’s too far down the line now to go back to it. It’s a lovely thought, but I don’t think it would probably be possible.”

While these comments would seem to put an end to the franchise, it should be noted that Anne Hathaway revealed back in 2019 that there is a script for a third movie and that nothing is out of the realm of possibility.

There is a script for the third movie,” Hathaway revealed on Watch What Happens Live at the time. “I want to do it. Julie [Andrews] wants to do it. Debra Martin Chase, our producer, wants to do it. We all really want it to happen. It’s just we don’t want to do it unless it’s perfect, because we love it just as much as you guys love it. It’s as important to us as it is to you. And we don’t want to deliver anything until it’s ready, but we’re working on it.”

Would you like to see a Princess Diaries 3 film? Let us know in the comments!