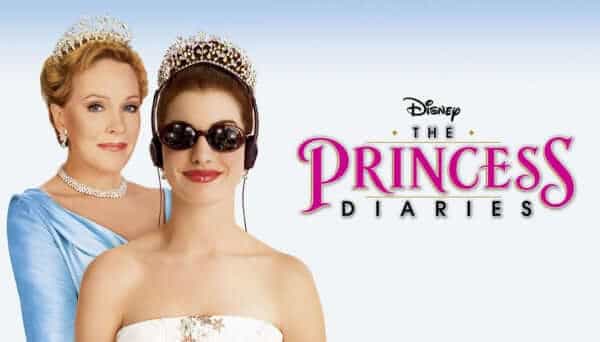 Calling all The Princess Diaries fans — This is NOT a drill!

We may be getting a third sequel to the extremely popular Walt Disney Pictures film franchise, The Princess Diaries.

Fans fell in love back in 2001 when Anne Hathaway played the role of Mia Thermopolis, who was thrown off guard when she found out that her grandmother was Queen Clarisse Renaldi, played by Julie Andrews, and that she is a real-life princess.

And for the last few years, there have been rumors floating around that there will be a third installment to the Walt Disney Pictures franchise, but now it looks like The Princess Diaries 3 may be coming to Disney’s streaming service, Disney+.

According to The Illuminerdi, Martin Chase Productions is in the process of making a The Princess Diaries 3. It is currently being written by Lorna Osunsanmi, who you may know for her work as a writer from CW’s All American.

Though this is just a rumor at this point, it is being reported that The Princess Diaries 3 will focus on a brand new character — a bi-racial teenage girl — who eventually finds out that she is actually Princess Mia’s half-sister. The new character then moves to Genovia to live with Princess Mia and the royal family.

In January of last year, Anne Hathaway was interviewed about a Walt Disney Pictures sequel to The Princess Diaries, in which she stated:

“It’s just we don’t want to unless it’s perfect because we love it just as much as you guys love it.  It’s as important to us as it is to you, and we don’t want to deliver anything until it’s ready, but we’re working on it.”

And in October, Julie Andrews was interview by Entertainment Tonight, in which Andrews said:

Would you like to see a third The Princess Diaries movie? Let us know in the comments.

Comments Off on This Is NOT A Drill: “Princess Diaries” May Get A Spin-Off On Disney+