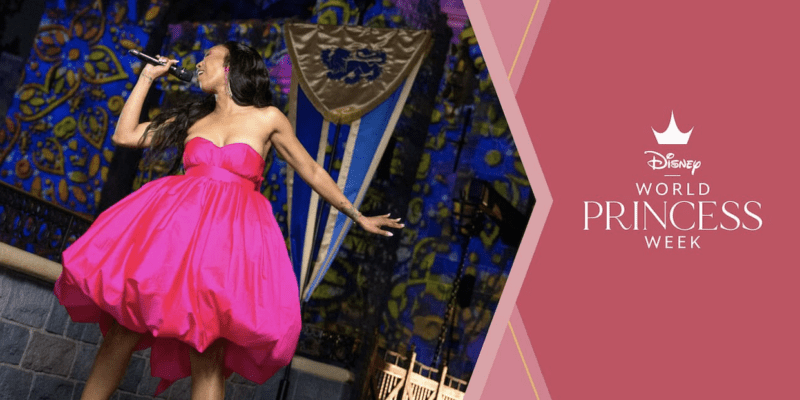 Disney Parks Blog first reported on the return of World Princess Week from August 21 to 28 with the following announcement:

World Princess Week is part of the Ultimate Princess Celebration that kicked off last year, which is a global extravaganza across The Walt Disney Company that highlights the impact of Disney Princesses and the courage and kindness they inspire in fans all around the world.

This year’s celebration is especially exciting, as Disney welcomes Kumandran warrior Raya from Disney’s Raya and the Last Dragon (2021).

The Princess world is something Brandy has intimate experience with, as she starred as the one and only Cinderella in Disney’s musical television film Rodgers & Hammerstein’s Cinderella (1997).

It’s been 25 years since Brandy’s Princess debut, which according to Disney Parks Blog, calls for a celebration of its own as ABC airs the original film along with a cast reunion tomorrow night. The details are as follows.

Brandy’s perfromance of “Starting Now,” the theme song of Ultimate Princess Celebration, can be viewed in the video below, or by clicking here.

At Walt Disney World this week, select Resort hotels will show Princess films at special Movies Under the Stars events. Disney Springs will also feature Princess themed DJ dance parties, and EPCOT’s American Adventure pavilion will be giving away paper crowns inspired by Tiana and Naveen from Disney’s Princess and the Frog (2009).

Disneyland Paris is celebrating World Princess Week with a Princess and Queen cavalcade to “Starting Now,” as seen in Brandy’s video above. Princess collectible cards will be distributed, and Princess Aurora will star in Aurora Welcome Greetings, “a magical happening with Princess Aurora and dancers” Disney Parks Blog reports.

How are you celebraitng World Princess Week? Tell us in the comments below!