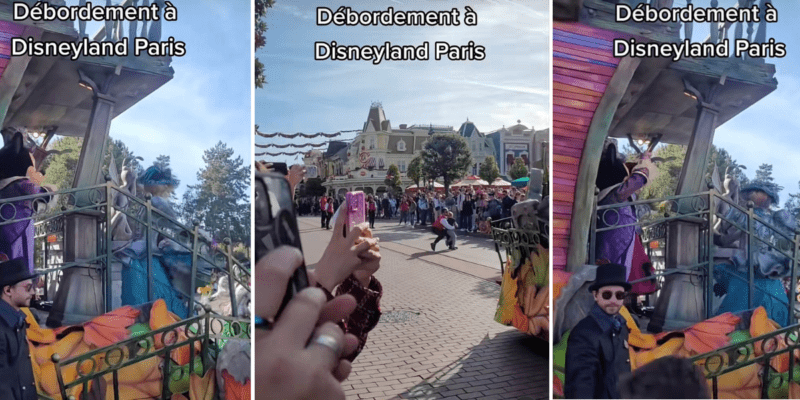 Three Cast Members were required to stop a child who ran recklessly along the floats, interrupting the Disney Parade taking place at the time.

It would appear that a particular Disney Park is prone to the worst Guest behavior compared to other Parks worldwide. Unfortunately, Disneyland Paris seems to have the most issues dealing with Guest behavior, as Guests at the Parisian Disney Park are notable for climbing onto restricted areas of the Park, hoarding merchandise to resell, destroying Park property, and even napping in the middle of the Park.

One of the most recent incidents involved a young kid who ran along the parade floats, causing a seasonal Disney Parade to be interrupted, with all floats stopped until the situation got sorted out. At least one Cast Member was seen running after the kid, with one more trying to stop him as the kid passed him by, and the reckless kid was finally stopped by a third Cast Member, according to the person who posted the video of the incident online.

The video was posted on TikTok by @captaindisneyparis, and you can see it below or click here to watch it.

A few weeks ago, we could see this incident from the opposite angle, as another Guest at the scene captured the kid running towards Sleeping Beauty Castle and being chased down by a Cast Member. You can see that video by clicking here.

While the incident’s resolution was not evident in the initial video, we can see from this new footage that Cast Members finally caught the child before being injured or causing a major incident at the Park. This new video has just gathered 1,504 views as of this article’s publishing.

Viewers were shocked to see the child’s disrespectful behavior at the Park, and many asked where the parents were during this whole incident, still with no response.

The mishap occurred during a presentation of Mickey’s Halloween Celebration, a seasonal Disney Parade that recently returned to Disneyland Paris after a two-year absence.