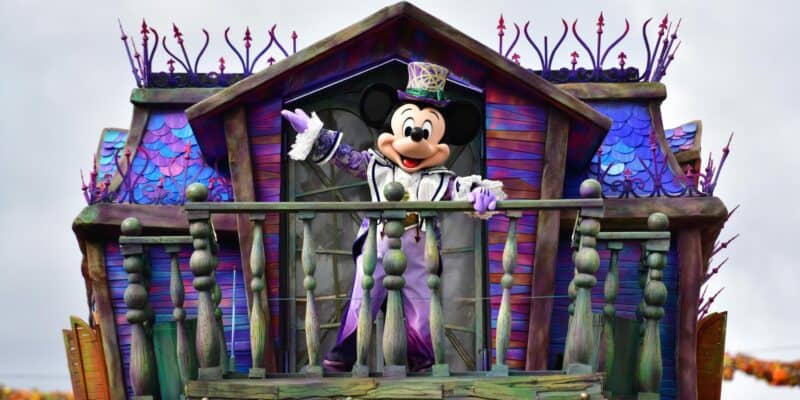 A recent Disney parade was almost the scene of an accident as a child recklessly ran around a parade float.

While Disney Parades are some of the most enjoyed experiences at Disney Parks worldwide, they can often see themselves tainted by unfortunate incidents, from floats malfunctioning to characters having wardrobe malfunctions and, of course, Guests disrupting the parade. The latest was the case at Disneyland Paris recently, where a child recklessly ran around a float, which had fortunately stopped moving, being chased by two Cast Members.

The video was shared by Adri Dlp (@Adri_avengers) on Twitter, jokingly commenting that the child was running around, interrupting the Disney parade, as a sign of protest joining “Les Oreilles Jaunes” or “The Yellow Ears.” “Les Oreilles Jaunes” is a peaceful protest that occurred earlier today at Disneyland Paris. You can read more about it by clicking here.

Thousands of viewers have reacted to the video, with many asking where the child’s parents were during the incident, as no other adult is seen chasing the kid in the video. Some viewers even commented they would have tripped the kid if they had been at the scene, which may sound a little drastic to some.

What happened after the video ends is unclear, but the parade must’ve been suspended, at least temporarily, as the child could’ve been severely injured if the floats had continued moving.

The mishap occurred during a presentation of Mickey’s Halloween Celebration, a seasonal Disney Parade that recently returned to Disneyland Paris after a two-year absence.

Comments Off on Child Risks Injury By Running Around Disney Parade Float, “Where Are the Parents?”