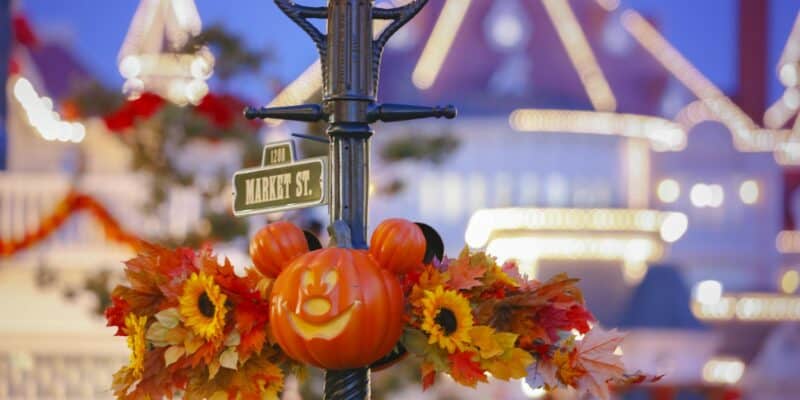 Another Disney Resort has found itself wrapped up in Guest action regarding Park Pass availability for Passholders, and this time some are claiming the Disney Park security is confiscating items illegally.

Disneyland Paris is currently amid its 30th anniversary celebrations. But while the festivities roll on inside Disneyland Park and Walt Disney Studios Park, another moment is happening outside the Park gates.

Today marks the peaceful protest by the “Yellow Ears” group, named after the color of their Mickey Mouse ears worn by supporters of the movement and the protest action. These Guests are Passholders and, like Guests of Disneyland Resort and Walt Disney World Resort, are protesting the hardship of securing a Park Pass reservation despite them being dedicated fans and frequent payers of the respective Resorts.

A public Facebook group created by Sandy Visonneau establishes what the group intends to protest against with the event happening today around the theme park entrance. Visonneau writes (translated from French):

If you are an annual pass holder, you are not happy with the reservation system, and you want to come and express your dissatisfaction (in a peaceful way of course) see you on October 22 at 2 p.m. in front of the station kiosk, with yellow ears (or yellow clothing) and small signs that will show the park that we don’t want to let it go. The Chessy police will be present to supervise the event. (2 p.m. to avoid hindering the entrance to the park in the morning and spoiling the stay of a lifetime of families who have nothing to do with it). If you can’t be physically present for this first demonstration, but you support the idea, register as “interested” PS: no reservation needed, we won’t go to the park, just in front of the entrance.

Social media has captured some of the moments from the day so far but a surprising claim has come from Visonneau herself which suggests Disneyland Paris security is acting illegally by confiscating yellow ears from Guests wishing to enter the Parks.

Disneyland Paris gives itself the right to confiscate Mickey’s ears as soon as they are yellow. Nice reaction from the park. They are going through the bags so feel free to put them under your t-shirt/sweater/coat, even if you won’t need it in the park, since the protest is not inside. See you later at 2pm

It is highly unusual that theme park security is confiscating items that are not listed in their prohibited items list. Again, these are claims from those on the ground, and more information may come to light over the next few hours surrounding the events at Disneyland Paris. As for a glimpse of what is happening around Disneyland Park, Walt Disney Studios Park, and Disney Village, ED92 (@ED92Magic) has captured some of those protesting:

Approximately 70 guests are gathered outside the SNCF station to stage a protest about the park reservation system pic.twitter.com/lNJDeMuxiv

What are your thoughts on the Park Pass reservation systems at Disney Parks worldwide? Let us know in the comments down below!

Disneyland Paris is home to two theme parks, Disneyland Park and Walt Disney Studios Park, as well as the dining and shopping area, Disney Village. For Guests wanting to stay at the Disney Resort to experience attractions like Star Wars Hyperspace Mountain and Big Thunder Mountain, new lands like Avengers Campus, and meet a variety of Disney characters they can choose from a host of Disney hotel escapes such as Disney’s Hotel Cheyenne, Disney’s Newport Bay Club, and the soon to reopen flagship accommodation, Disneyland Hotel.