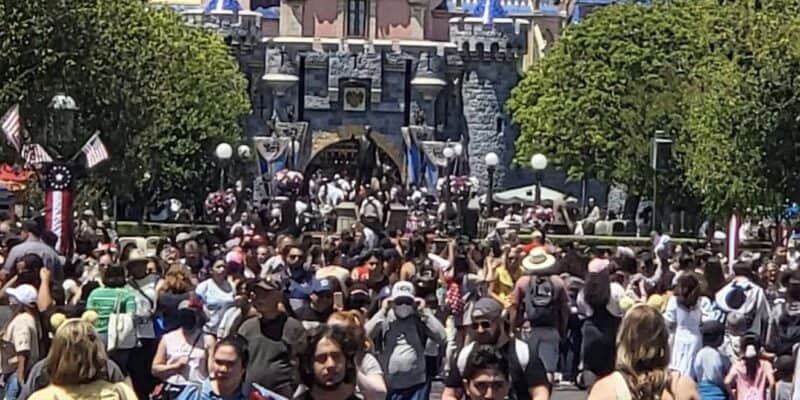 For many people outside of the Disney bubble, the spooky season is only just getting started. For Disney fans and Guests, though, Halloween has been in full swing at both Disneyland Resort and Walt Disney World Resort for months.

And Halloween in August is not the only scary thing happening at the Disney Parks, Guests are flocking in droves to the magical vacation destinations leaving functions like Genie+ completely obsolete.

Disneyland Resort, Walt Disney’s original Disney Park made up of Disneyland Park, Disney California Adventure Park, and the Downtown Disney District is deemed The Happiest Place On Earth, and rightly so. From classic attractions like Dumbo and Splash Mountain to new lands like Avengers Campus, Disneyland Resort is a collaboration of nostalgia and modern innovation.

The Disney Resort in Anaheim, Southern California is a popular place with both locals and those from further afield, meaning the demand for this slice of Disney magic is always high. Even with the Park Pass reservation system, which Guests must have in addition to a valid ticket, and the opportunity to jump between Parks from 1 p.m. daily with the Park Hopper feature, crowds often takeover the Parks.

The Park Pass function has continued to cause a stir across the Disney Parks catalog, increasingly at the United States Parks. For Disneyland Resort, the mandatory part of the Disneyland Resort experience became significant in the Magic Key Annual Passholder lawsuit against the Mouse House. And while Park Passes are in place to, in part, manage crowd levels, this October has seen the Parks packed, according to Guests on the ground.

Sharing a photo of the Haunted Mansion Holiday Lightning Lane queue to Reddit, user Tabsers ignited a discussion about how busy the Parks are this Halloween season.

The line for the popular attraction, currently in its seasonal overlay, is massive when considering that the Lightning Lane is for Guests that have purchased the $20 — now, $25 — Disney Genie+ service. Other Disney Guests jumped on the thread, which now has over 100 comments and 380 upvotes, to detail their own experiences while visiting Disneyland Park and Disney California Adventure Park this month.

I just came back from OBB on 10/6, went to DL on 10/7. This was the first time I’ve visited without riding any of my favorite rides because of the crowds. We still had a great time, but I’ll definitely avoid visiting again in October in the future.

It is worth stating that the Oogie Boogie Bash — A Disney Halloween Party is Disneyland Resort’s sold-out hard-ticketed Halloween event, and crowds for this are also high on select nights at Disney California Adventure Park.

Hello_Derz responded to the above comment with their own experience with the October crowds:

Same. Was also there those days and not only did crowds and lines cause me to ultimately choose not to ride pirates and haunted mansion, but the stand still foot traffic outright blocked me from even trying to get though to critter country or spend any time around New Orleans square.

I really wanted to try those darned beignets for the first time but the New Orleans Square traffic was a literal nightmare. I never saw it that bad in my life.

Crowd levels, while expected at any theme park Resort, can significantly change any Guest’s overall experience and plans during their visit. Reacting to the original poster’s image of the Haunted Mansion Holiday Lightning Lane, Tadlrs joked:

It seems that high crowds no matter the season is the norm across Disney Parks. With Guests still clamoring for a dose of the Disney magic post-pandemic closures, it’s expected that long lines and in some cases standstill foot traffic will continue for quite some time at The Walt Disney Company’s theme parks.

How busy was your last visit to a Disney Park? Let us know in the comments down below!