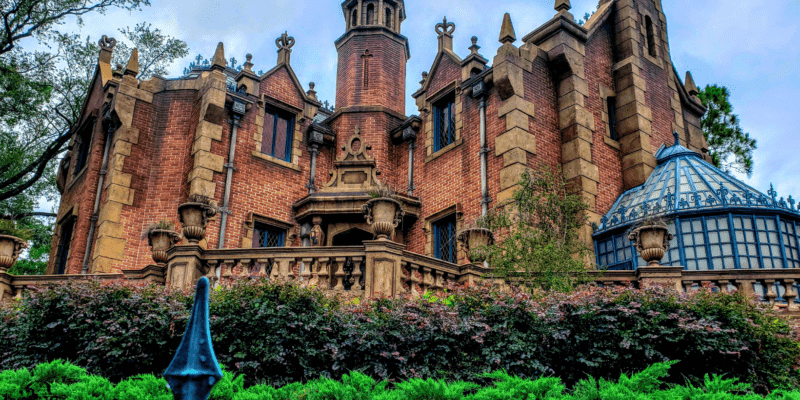 The Walt Disney Company prides itself on its many diversity and inclusion initiatives, but its recent push in the name of diversity is overtly leading to the exclusion of a majority of Guests, and tragically, you may be one of them.

Ah, Disney World. The magic, the charm, the journey back to childhood. Is it any wonder we want to be in the parks at every opportunity, and that while we’re visiting, many of us are simultaneously making plans in pencil for our next pilgrimage to the parks?

The Walt Disney Company–and more specifically, Disney Parks–is dedicated to the Guest experience. At least that’s what Mr. Chapek and Mr. D’Amaro tell us, and, supposing they’re setting cost and price points for Guests aside, it’s reasonable to believe in that dedication, as evidenced by the never-ending rotation of attraction and area closures for maintenance, repairs, and refurbishment. Some of the parks’ offerings even receive the full Imagineering treatment, becoming inoperable and inaccessible to Guests for a season while Imagineers work their magic behind temporary fencing by day and sometimes under the cover of darkness at night.

It’s always a disappointment to learn that our favorite attraction is scheduled for refurb during the very week we’ve planned to be in the parks, but being the kind and conscientious Disney Adults that we are, we hold back the tears and remind ourselves that the current refurb will only mean a more magical experience on our next trip.

Disney World and Disneyland close down attractions for a myriad of reasons related to maintenance and refurbishment. The dolls at the it’s a small world attraction have to have their hair cut (yes, it’s true), and even their costumes need refreshing from time to time. John, the father inside the Carousel of Progress attraction, sometimes has to take a break for a sasparilla, and occasionally, his pipe needs refilling. And the Tower of Terror attraction at Disney’s Hollywood Studios is forced to cease operations from time to time so that the 32 solenoid brakes within the attraction can be checked and repaired if need be. Those brakes are why you don’t fall to your death inside the haunted elevator shafts at the attraction.

Other attractions occasionally close to Guests to undergo the most extensive of refurbishments–a full reimagining of an experience. Such will soon be the demise of the Splash Mountain attraction at Disneyland and Disney World, as the ride will close to undergo a full reimagining during which each attraction will become a brand-new Guest experience inspired by Disney’s Princess and the Frog. Tiana’s Bayou Adventure is slated to open to Guests sometime in 2024.

The reimagining comes as debate continues over Disney’s problematic part-animated, part-live-action 1946 film, The Song of the South, upon which the Splash Mountain attraction is based. So problematic is the film, that you won’t find it on DVD or Blu-Ray, and it has never debuted on the Disney+ streaming platform, nor are there plans for a streaming release in the future. It’s next to impossible to find used copies of the film, even on sites like eBay and Amazon.

The film has been at the center of controversy for years, as many feel that it perseverates racist stereotypes against the African American community. As such, Disney has distanced itself from the film, but one major installment inspired by the film remained–the Splash Mountain attraction–and now, its days are quite literally numbered.

But it’s important to note that the Splash Mountain attraction features zero references to the film’s main character, Uncle Remus. Instead, animal characters like Br’er Rabbit, Br’er Bear, and Br’er Fox take center stage as Guests ride a log flume throughout the attraction. And because the Song of the South film is no longer unavailable, the chances are that most Guests who experience the Splash Mountain attraction at Disney World and Disneyland can’t honestly say they’ve ever seen the film and would, therefore, know very little–if anything–about any potentially offensive elements in it.

“Splash Mountain at both Disneyland Park in California and Magic Kingdom Park in Florida will soon be completely reimagined. The theme is inspired by an all-time favorite animated Disney film, “The Princess and the Frog.”

Fans also learned that the ride will “pick up this story after the final kiss and join Princess Tiana and Louis on a musical adventure featuring some of the powerful music from the film as they prepare for their first-ever Mardi Gras performance.”

And earlier this year, Disney Parks announced that the newly reimagined Splash Mountain attraction, which will be named “Tiana’s Bayou Adventure,” will debut in 2024. The change sounded as good as done.

But while most fans will agree that there’s a very viable merit to Disney’s initiative in removing potentially harmful elements from its productions and from attractions in which those elements can still be found, many will tell you that there’s at least one extremely harmful element in another Magic Kingdom attraction–one that should have yielded a reimaging of at least that part of the attraction decades ago.

When Disneyland was in its infancy, Walt Disney’s Imagineers were well aware of their chief’s long-standing goal of incorporating a haunted house-type attraction in the park. Blueprints for the structure that would house the experience were drawn up, and the structure was systematically built. Then came the 1964-65 New York World’s Fair, for which Walt had been commissioned to create elements for the General Electric pavilion. As such, other projects were put on hold, and it was all hands on deck with regard to the World’s Fair entries.

Thus, the stately mansion at Disneyland lay vacant, dormant, empty, and eerily quiet for years before the new Haunted Mansion attraction experience inhabited the house in 1969, three years after Walt’s untimely death, meaning the visionary never got to see his dream come to fruition, outside his own mind’s eye.

But that realized dream is, by some accounts, the stuff of nightmares, especially in the opening scene of the attraction, which features a visual image of a suicide in the form of a human figure hanging by its neck from the ceiling of the Portrait Chamber (also called the Stretching Room). It’s distasteful, disheartening, and quite frankly, disgusting and incredibly disrespectful to anyone whose life has ever been touched by the ripple effects of such a terrible tragedy.

Because the Haunted Mansion attractions were fashioned after Walt Disney died, the Disney fan inside of this writer unequivocally believes such a scene was no part of Walt’s plan for the new attraction. Walt had been explicitly clear in his directives to Imagineers about the new attraction–saying that the Haunted Mansion wouldn’t be the type of attraction to scare and bring unrest to Guests, as fans can hear during a 1965 episode of Walt Disney’s Wonderful World of Color.

Those opposed will say that the suicide visual element is located in the highest part of the Portrait Chamber’s ceiling, so if you’re offended, simply don’t look up. But as the very design of the room’s high-pitched ceiling leads the eye to the element, and when the room goes dark, the hanging figure remains illuminated.

But no visage of suicide should have ever been installed as part of a Disney Parks attraction in the first place; who on earth thought it was a good idea to do so? How many Guests want to see such a visage ever, let alone on vacation? And despite the efforts taken and edicts passed in recent years in an attempt to seemingly re-write history, doing so is an impossibility (and an egregiously irresponsible act). As such, this writer will not waste time berating Disney’s poor judgment in such a fixture inside an attraction.

But I will say that an immediate pause is warranted on the Splash Mountain do-over, as there is a far more pressing need for a reimagining that would potentially affect an untold number of Guests whose lives have been either grazed or completed overturned by the tragedy of suicide. If ever there were an attraction element with the potential to hurt or harm Guests and Cast Members, it’s this scene inside Haunted Mansion, and Disney owes it to Guests to remove the fixture entirely.

Imagine being a first-time Guest, experiencing the attraction for the first time. Because the suicide scene appears in a moment of cliffhanging suspense, those Guests have no knowledge that what they are about to see might be extremely unsettling, depending on their personal experiences.

Disney touts its storytelling prowess and dedication to storytelling 8 days a week (yes, 8), but Disney needs to learn that not all stories warrant a retelling, and anyone whose life has been affected by suicide will tell you it’s not a story they want to relive or hear again. Who would celebrate such a tragedy?

It must be removed. Immediately.

And since the House of Mouse is all about the bottom line, it’s important to note that they’d incur extremely minimal costs in such a minor reimagining. No overhaul necessary. Simply remove the figure, change the lighting sequence, or lower the vault in the ceiling of the room. The scene inside the Stretching Room adds exactly nothing to the experience except for a visage of gruesomeness, terror, and personal trauma, each of which would be magically gone when the figure is gone.

Disney operates with heavy deadlines and time constraints, so I’ll also note that the time it takes to make such a change is negligible. Simply hoist an Imagineer or skilled Cast Member up to the topmost part of the chamber, give him time to pull down the awful installment, and move on with life. After all, there’s a fireworks show later.

And if, for some reason, there are no available Imagineers or Cast Members for the foreseeable future (it’d be a snowy day in Dallas, but we’ll go with it), simply deny the figure the illumination of light until some brave Imagineer arrives. The entire project could easily be the most inexpensive and most positive change ever to grace a Disney Parks attraction.

No more excuses. It’s time. Disney continues to disrespect Guests affected by the devastating fallout of suicide by racing ahead with the Splash Mountain re-invention over the removal of the element from the Haunted Mansion. This writer’s name can easily be found under the heading of “Tiana Fan,” but I’m more readily a fan of entertainment that is welcoming to all, not ostracizing to a majority, based on the consensus of familiarity with heart-wrenching tragedy, and every word within my research thus far leads me to believe I’m certainly not alone in this proposal.