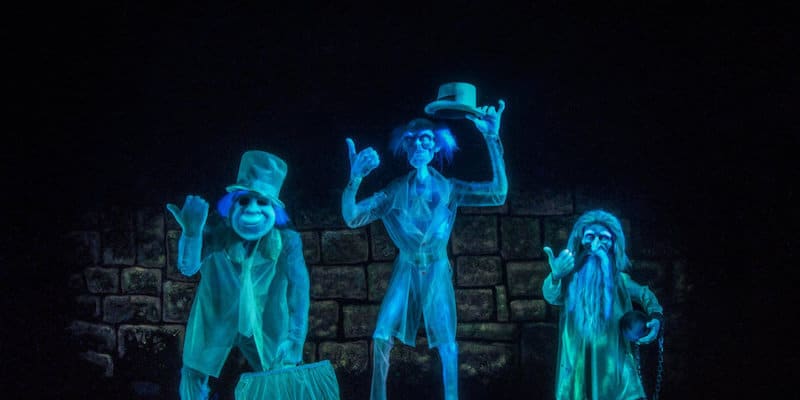 The Haunted Mansion is a fan-favorite attraction at the Disney Parks, especially at Disneyland. On the attraction, Guests will board a “doom buggy” and go through the different rooms of the mansion, exploring all the haunting sights and sounds and meeting some of the 999 happy haunts.

Now, the Haunted Mansion is being transformed into Haunted Mansion Holiday, bringing in celebrated characters from The Nightmare Before Christmas to change the scenery just in time for the holiday season.

Recently, a family in Orange County took inspiration from this Disneyland ride and created a spooky display mimicking the attraction to bring in guests and raise money for charity.

ABC7 recently reported a story and shared via TikTok of a local family who loves Halloween and has the display to prove it.

A family in Aliso Viejo with a passion for Halloween is using a one-of-a-kind spooky attraction they’ve created for a good cause, but it also recently caught the eye of a Disney legend. #oc #orangecounty #dlr #disneyland #disney #hauntedmansion #hauntedhouse #halloween #abc7la #abc7news #abc7eyewitnessnews #news

Based in Aliso Viejo, CA, the Stanley family, which includes Mike, his wife Dawn, and their son Wyatt, has elaborately decorated their home for Halloween for more than ten years to invite the neighborhood and raise money for charity. This year’s theme was the Haunted Mansion attraction at Disneyland. As Mike Stanley said,

“This year’s theme is near and dear to our hearts because it’s our favorite ride at Disneyland. So, we’ve always wanted to give it the respect it deserves and really go big.”

Related: Splash Mountain Should Be the First of Many, Fans Demand More Changes to Disney Parks Attractions

The Stanleys even got their neighbors to get involved, and everyone had a different scene from the beloved attraction.

As passers-by come to see the house, they can buy delicious goodies, such as cookies, churros, hot chocolate, and apple cider. These proceeds are for a good cause, which is the Dana Point 5th Marine Regiment Support group. This cause is important to the Stanley family, as Dawn had stated:

“We wanted to kind of do something in honor of my dad to give back that’s why we chose that charity.”

The Stanleys were also visited by a special guest who was involved in their self-proclaimed favorite attraction at the Park: Bob Gurr, who recently celebrated his 91st birthday. Gurr was an Imagineer and one of the creators behind the Haunted Mansion at Disneyland.

To celebrate his birthday, the Stanleys led him on a tour and gave him a cake. He even gave his stamp of approval on the display, which was a high honor for the family.

Have you ever seen a house or neighborhood elaborately decorated for Halloween? What was your favorite Halloween display?