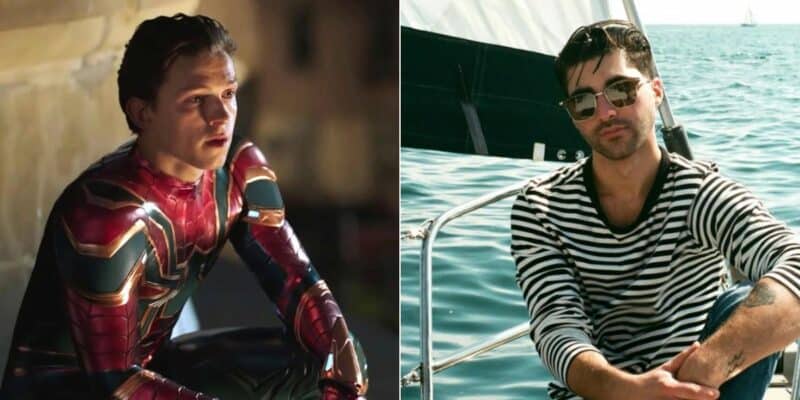 New information has come to light regarding the production process of one of Marvel Studios’ most acclaimed projects, and it may give an answer as to why some actors were recast including the widely popular Tom Holland, and Oscar winner Brie Larson.

Last year, Kevin Feige’s Marvel Studios began its first foray into the small screen. While Marvel Phase Four was expected to begin with the Scarlett Johansson-led, Cate Shortland-helmed Black Widow (2021), it would be WandaVision that would launch the post-Infinity Saga Phase.

WandaVision was followed by The Falcon and the Winter Soldier, Loki, Hawkeye, Moon Knight, Ms. Marvel, and She-Hulk: Attorney at Law, with each of these live-action series debuting exclusively on Disney+. Nestled within shows about magical women and gods out of time, Egyptian myth, and Big Green lawyers, Marvel debuted its first official canon animated series.

Marvel’s What If…? opened last August and quietly became a key part of the Marvel Cinematic Universe’s Multiverse storyline. Michael Waldron’s Loki ignited the Multiverse spark, introducing the Time Variance Authority (TVA) and even the next major villain, Kang the Conqueror — although here presented as He Who Remains (Jonathan Majors) when faced by Tom Hiddleston’s God of Mischief.

But, then came Marvel’s What If…?. The animated series, based on the Marvel Comics event of the same name and formed of nine anthology-style episodes, followed various different characters, some never before seen in the MCU.

The opening episode saw Hayley Atwell’s Agent Peggy Carter become Captain Carter after she takes the super-soldier serum instead of Steve Rogers (Josh Keaton), removing Captain America from this universe. Atwell’s new character set the precedent for What If…?, which then went on to include newcomers like Doctor Strange Supreme (Benedict Cumberbatch), Star-Lord T’Challa (Chadwick Boseman), and the narrator for the season, Uatu AKA The Watcher (Jeffrey Wright).

And with the arrival of the new characters, as well as familiar faces like Thor (Chris Hemsworth), Nick Fury (Samuel L. Jackson), Clint Barton/Hawkeye (Jeremy Renner), Bucky Barnes/Winter Soldier (Sebastian Stan), and Thanos (Josh Brolin), AC Bradley’s series had the most stacked cast of any Marvel TV show to date — not including the first canon appearance of the zombie characters inspired by the limited comic book series, “Marvel Zombies”.

However, even though many of the MCU’s cast did return, there were many notable exceptions including people like Tom Holland, Brie Larson, Chris Pratt, and Dave Bautista, who, of course, play Peter Parker/Spider-Man, Carol Danvers/Captain Marvel, Peter Quill/Star-Lord, and Drax the Destroyer in Feige’s sprawling live-action Marvel Universe.

Now, director Bryan Andrews has revealed that there were some constraints when it came to the animated series. Speaking at LightBox Expo in Pasadena, California, the director spoke about how budget came into play with the production of What If…? (via The Direct):

One of the first things Andrews let slip was how the show was originally going to give each episode of the show its own distinct animation style. Sadly, that part of the show’s vision had to be scrapped due to budget constraints.

Having a different style per episode is not unusual for an anthology-style series — Star Wars: Visions is a great example of how it works well — and it would have been interesting to see how Marvel handled it. However, these notes on budget constraints may also pose an answer as to why some of Marvel’s big names were missing from the cast list.

It was a surprise for Marvel fans when instead of Larson it was Alexandra Daniels that voiced Captain Marvel, and then later when Hudson Thames picked up the vocals of Peter Parker AKA Spider-Man. There were other changes too, such as Josh Keaton playing Steve Rogers and Mick Wingert as Tony Stark/Iron Man — these aren’t all that surprising though considering both Chris Evans and Robert Downey Jr. made it clear their time in the MCU is up.

When looking at this through a budget constraint lens, it could be argued that the budgets also impacted the casting, especially as both Larson and Holland are some of the industry’s biggest names. On the other hand, allusions have been made in the past that it was scheduling conflicts that paved the way for other actors to lend their voices to the series. Larson was said to be wrapped up in filming for Nia DaCosta’s The Marvels (2023) while Holland would have been involved with the rollout for Spider-Man: No Way Home (2021).

For the latter, there is also the partnership between Marvel Studios and Sony Pictures, and as producer Brad Winderbaum once said, his contract with Sony may have come into play when casting the web-slinger for What If…?.

While it doesn’t confirm why some A-list talent was absent from What If…?, it does add a new perspective to the recasting the series faced. Although, it doesn’t add any reasoning as to why Dave Bautista claims he was never asked to voice Drax in the show — his role went to voice acting veteran, Fred Tatasciore.

What If…? will return for a second season next year.

Did you watch What If…? Let us know in the comments down below!