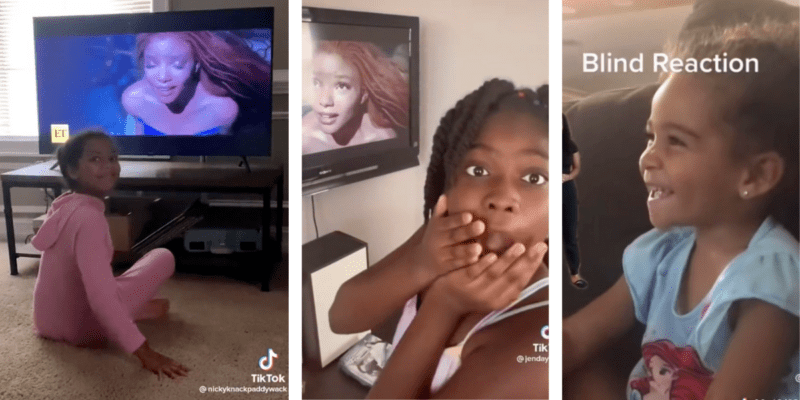 Some fans of Walt Disney Animation Studios’ classic The Little Mermaid (1989) have mass-disliked trailers and expressed disdain for the live-action remake, starring Halle Bailey, premiering in 2023.

Bailey has spoken out against the racist backlash against The Little Mermaid (2023) on multiple occasions, saying that she is grateful to have a strong support network and to provide representation for young Black girls like herself on the big screen.

It seems Bailey’s fans are equally thankful for her. Parents of Black girls have shared their little ones’ blind reactions to the trailer on TikTok. @victoriaalxndr combined a few of the videos into a heartwarming compilation:

In the video, some girls excitedly yell, “She’s Black!” Many scream and giggle in pure delight. “She’s brown like me, Mom,” one girl says.

Another video from @_speakinfreely_ shows a little girl frozen, mouth gaping in shock for most of the trailer:

♬ The Little Mermaid: Part of Your World – Geek Music

“MOM! It’s a Black woman with my hair color,” she says excitedly. “When is it going to come out?”

We hope all these adorable little ones enjoy The Little Mermaid when it hits theaters on May 26, 2023.

Are you excited about The Little Mermaid (2023)?