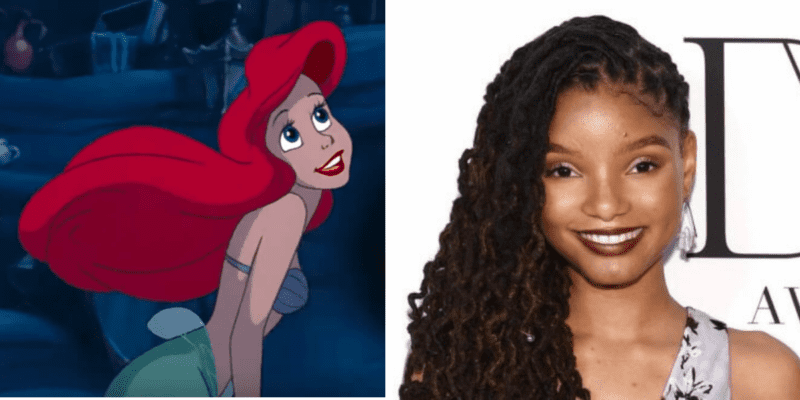 Since its announcement in 2016, The Little Mermaid (1989) fans have been eagerly awaiting the live-action recreation of the classic Disney Renaissance film. After numerous production delays and COVID-19 cancellations, Ariel (Halle Bailey), Sebastian (Daveed Diggs), Flounder (Jacob Tremblay), and friends will finally make their way to the big screen in May 2023!

Melissa McCarthy will star as the infamous sea witch Ursula – one of the most beloved Disney Villains of all time. Jonah Hauer-King will portray Ariel’s love interest, Prince Eric, and Javier Bardem as her father, King Triton. Directed by Rob Marshall, the film will feature your favorite original songs, as well as new music from Lin-Manuel Miranda.

Bailey, whose casting was first announced in 2019, spoke with Variety about taking on the iconic role and the backlash she received on social media due to her race. #NotMyAriel trended on Twitter after the announcement – with the voice of Moana (2016) Auli’li Cravalho coming to Bailey’s defense.

“Her sense of longing, her searching for herself, was something that I could resonate with… She knew where she wanted to go, and she wasn’t going to let anybody stop her.”

Bailey rose to fame after she and her sister, Chloe Bailey, were taken under Beyoncé’s wing when the pop idol found their YouTube videos. They later starred together in Grown-ish, a spinoff of ABC’s Black-ish. Halle also stars in the upcoming movie musical, The Color Purple (2023).

When the racist backlash and #NotMyAriel movement came along, Bailey said she relied on her family and friends for support. Now 22, she was just 19 years old at the time. Bailey said her grandparents encouraged her to push forward:

“It was an inspiring and beautiful thing to hear their words of encouragement, telling me, ‘You don’t understand what this is doing for us, for our community, for all the little Black and brown girls who are going to see themselves in you.’”

That made her reflect on what it would have meant to have a Black Ariel growing up. “What that would have done for me, how that would have changed my confidence, my belief in myself, everything,” Bailey explained. “Things that seem so small to everyone else, it’s so big to us.”

Inside the Magic will report any updates about The Little Mermaid, coming to a theater near you on May 26, 2023.

Are you excited about the live-action The Little Mermaid?