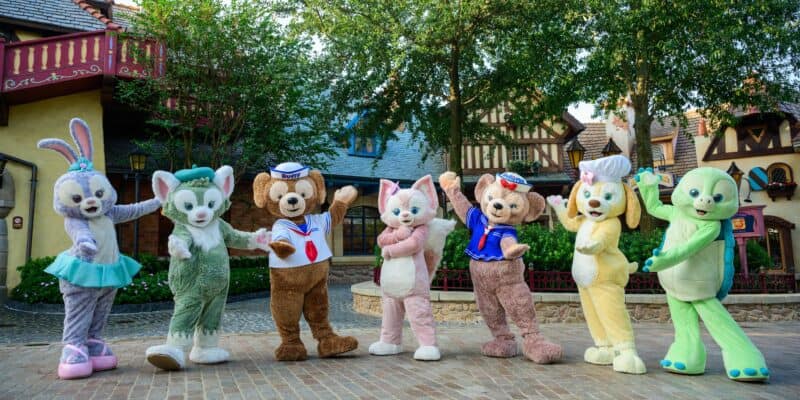 An all-new series is currently in the works for Disney+, starring Duffy and his friends in the most adorable adventures.

This year’s Disney D23 Expo brought many surprises for fans all over the world. From exciting new projects coming to Disney Parks worldwide to the latest projects in development by Marvel, 20th Century Studios, Pixar, and Walt Disney Animation Studios, among other fun news, fans were blown away as “The largest Disney fan event in the world” took place in Anaheim, California.

During this year’s “A Boundless Future: Disney Parks, Experiences and Products” presentation, Josh D’Amaro commented on the love Disney fans around the world have for Duffy and his friends and even brought curious LinaBell — who recently made her debut at Tokyo Disneyland and Hong Kong Disneyland — on stage to make an exciting announcement, making that her first official appearance outside of Asia.

Related: Fun New Offerings Coming to Disney Park With the Arrival of LinaBell

Fans of this adorable teddy bear and his friends were delighted to hear that Duffy & Friends would star in their very own Disney+ Original series soon.

This adorable stop-motion project will include six episodes starring Duffy, ShellieMay, Gelatoni, StellaLou, CookieAnn, ‘Olu Mel, and LinaBell, and will debut next year, though no official premiere date has been announced yet.

While there is still not a lot of information regarding the upcoming Duffy & Friends series, seeing the adorable teddy bear make his debut on Disney+ could be a first step towards bringing the character to the spotlight, and who knows, maybe fans could be able to meet Duffy and his friends at Disneyland Resort, Walt Disney World Resort, and Disneyland Paris soon.

More on Duffy and Friends

For those unfamiliar with Duffy and his friends, the Walt Disney Imagineering website tells Duffy’s story as follows:

With the rise of Duffy’s popularity, Imagineers noticed many guests purchased multiple plush of Duffy, giving the bears unique names and costumes. That inspired Imagineers to create a companion to Duffy—his best friend, ShellieMay. Based on the pair’s increasing popularity, Imagineers decided to develop an entire collection of characters, each with a distinct personality and talent: artistic cat friend, Gelatoni, dancing rabbit friend, StellaLou, inventive dog friend, CookieAnn, and musical turtle friend, ‘Olu Mel. Learn more about Duffy’s friends and their stories created by Imagineers here.

Will you watch the Duffy & Friends series when it premieres on Disney+? Let us know in the comments below!