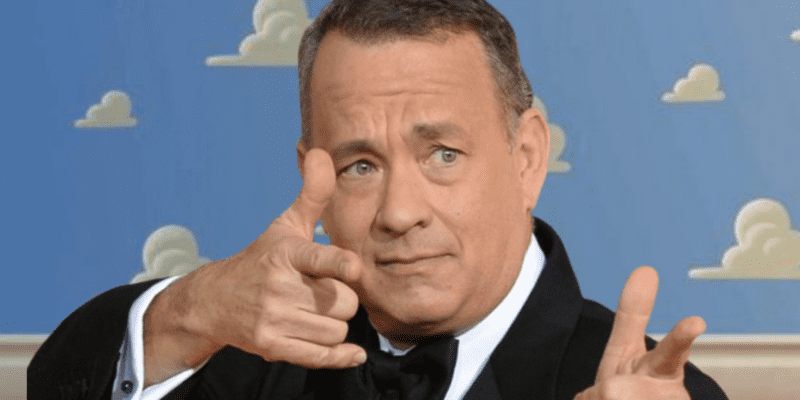 Tom Hanks is perhaps one of Hollywood’s most famous and talented actors.

Over the course of his 45-year-long career, Hanks has accepted and brilliantly played many roles, from a FedEx executive who survives a plane crash and is washed ashore on an uncharted island to a young man with an intellectual disability who teaches others the meaning of love and loyalty, and from the voice and personality a cowboy action figure to a gentle old shopkeeper who wants a son of his own.

Hanks’s talents are many, and his uncanny ability to seemingly embody the characters he plays, both in comedic and dramatic roles, is second to none. Hanks has won numerous awards. Over the course of his career, he has been able to adorn his trophy cases with Academy Awards, Screen Actors Guild Awards, Primetime Emmy Awards, Golden Globe Awards, and even a Presidential Medal of Freedom.

But for all of his accomplishments, achievements, awards, and accolades, Tom Hanks says he’s really only made about four good films in his entire career. In fact, he says that there are only four films he’s done that are worthy of being considered “pretty good.”

Hanks has starred in a laundry list of popular successful films, including (in no particular order) Forrest Gump, Castaway, Toy Story, Toy Story 2, 3, and 4, The DaVinci Code, Saving Private Ryan, Big, Sleepless in Seattle, You’ve Got Mail, Sully, and more.

RELATED: Forky Gave Me a Change of Heart About ‘Toy Story 4’, but What PIXAR Did to Woody is Unforgiveable

Recently, Hanks played the part of Colonel Tom Parker in the film, Elvis, which debuted at the box office in June, the role of the old clockmaker and puppeteer Gepetto in Disney’s live-action remake of the 1940 classic Pinocchio, which debuted on the Disney+ streaming platform on September 8.

But Hanks has been hard at work on his newest project, which will debut on May 9, 2023, and this time, the project isn’t a film; it’s a novel written by Hanks, titled, The Making of Another Major Motion Picture Masterpiece.

If that doesn’t sound like the title of an autobiography, it’s because it isn’t. Rather, it’s a fictional work about the making of a multi-million dollar superhero film and about the comic book creation behind it.

“No one knows how a movie is made,” Hanks said in an interview with People, “though they think they do. I’ve made a ton of movies, and four of them are pretty good, I think, and I’m still amazed at how films come together. From a flicker of an idea to the flickering image onscreen, the whole process is a miracle.”

The star continued by saying, “Movie-making is very hard work over a very long period of time that consists of so many moments of joy slapped up against an equal number of feelings of self-loathing. It is the greatest job in the world and the most confounding of labors that I know of.”

Hanks has talked in the past about the idea of a sequel to his 1994 film Forrest Gump.

“I will say that, with a long time in between, we did take a stab at talking about another Forrest Gump that lasted all of 40 minutes,” Hanks shared. “And then, we said, ‘Guys, come on.’”

Hanks said he has never signed a contract that had obligations to create a sequel.

RELATED: PIXAR Announces the Upcoming Sequel to One of Its Most Beloved Films

“I’ve always said, ‘Guys, if there’s a reason to do it, let’s do it. But you guys can’t force me,'” Hanks explained. “There is that natural inclination that is one of pure commerce that says, ‘Hey, you just had a hit, so do it again, and you’ll have a hit.’”

Hanks didn’t elaborate on his claim that only four of his films were “pretty good,” and it’s fairly safe to say that most, if not all, of his fans would beg to disagree.