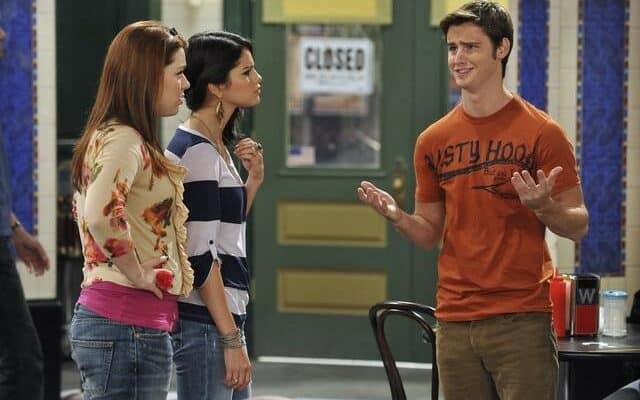 Wizards of Waverly Place originally aired for four seasons between 2007 and 2012, and even crossed over with other Disney Channel hit series like The Suite Life on Deck and Hannah Montana.

It was so popular, that it even released a spinoff Disney Channel Original Movie in 2009 titled Wizards of Waverly Place: The Movie. And in 2013, the series aired an hour-long reunion special called The Wizards Return: Alex vs. Alex.

Now, a former cast member of Wizards of Waverly Place is speaking out about the “harsh truth of being a former Disney Channel star”.

In a video titled “The harsh reality of being a former Disney star”, Dan Benson is spilling the beans on how he truly feels after being Zeke Bickerman on Wizards of Waverly Place.

“It was an incredible experience. It changed my entire life,” Benson began saying in the TikTok video. “But, after the show, I struggled to find any way to replicate the massive success and I continued to fall into pitfalls of getting parts that were not very good and then trying to be something that I was not.”

Benson continued to explain the aftermath of being on Wizards of Waverly Place, saying, “I put on 15 pounds of muscle. I tried to be a leading man and I fell away from doing what made me successful in the first place, which was being this over the top, crazy, zany, fun loving, authentic character that came deep from who I was as a person.”

The former Disney Channel star went on to say he didn’t land any jobs after the show ended and ran out of money so he had to find a “normal job”, which he says many publications shame former stars for doing. “It’s a shame because it’s almost impossible for someone to replicate that level of success over and over and over again, especially someone who is a child star that needs to transition into growing older,” he said in the video.

Now that Benson is older, he has found himself constantly chasing that feeling he had when he was working on Disney Channel‘s Wizards of Waverly Place. “I’ve done some incredible things since being on Wizards of Waverly Place, I’ve met some incredible people, I’ve worked in lots of different industries, and I’ve been incredibly fortunate to have an amazing family behind me, supporting me all along the way,” Benson said. “But, I won’t lie to you that I miss the feeling of what it was like to be on that show”

You can watch Dan Benson’s full video below or by clicking here.

The harsh reality of being a former disney star. #disney #disneychannel #childactor #wizardsofwaverlyplace

Have you ever seen Wizards of Waverly Place on Disney Channel? Let us know in the comments below.