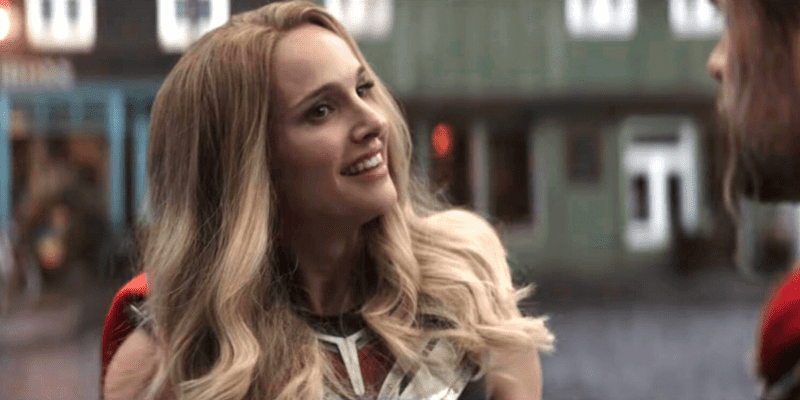 The limited series based on Lippman’s novel, which itself is based on 2 unrelated Baltimore deaths in 1969, follows a news reporter who becomes obsessed with unraveling the killings of two unrelated deaths — those of 11-year-old Tessie Fine, and a bartender named Cleo Sherwood. It will premiere on Apple TV+, host of popular shows like Jason Sudeikis’ Ted Lasso, Adam Scott’s Severence, and Jason Momoa’s See.

Production was announced on the Lady in the Lake miniseries back in 2021 with Portman and fellow Oscar-winning actress Lupita Nyong’o (12 Years a Slave) slated to headline the television series for Apple TV+. Filming eventually began in April 2022 after Nyong’o left the project and was replaced by Ingram. Shooting in Baltimore is expected to continue into the fall, but has recently had to halt filming due to threats received by the cast and crew of the series.

The Baltimore police department confirmed that a group of locals contacted producers working a shoot on Park Avenue in the downtown area at around 4 p.m. on Friday. The group threatened to return in the evening to shoot somebody if production didn’t cease. Producers were also told to pay a sum of $50,000 to the group before production would be allowed to continue.

Lippman’s husband, and creator of the acclaimed series, The Wire, shared his thoughts on the situation unfolding in Baltimore. He said:

Not my production. Don’t know all details. But we shot 200 hours of television over two decades. Communicated where we shot. Always a few loudmouths hyping; always folks in crew –locations, security, BPD — trained to firmly but respectfully respond. Baltimore is good people.

Not my production. Don't know all details. But we shot 200 hours of television over two decades. Communicated where we shot. Always a few loudmouths hyping; always folks in crew –locations, security, BPD — trained to firmly but respectfully respond. Baltimore is good people. https://t.co/KtTqybPa0p

Reports suggest that the situation remains unclear and that it is not yet known if filming has resumed on Lady in the Lake.

As for the cast, Portman’s most recent project was reprising her role as Dr. Jane Foster in director Taika Waititi’s fourth Thor franchise film, Thor: Love and Thunder (2022). The Academy Award-winning actress returned to the series after being absent from the Marvel Cinematic Universe for nine years — she was last seen as the astrophysicist in Thor: The Dark World (2013). Love and Thunder marked not only the return of Jane Foster but the arrival of the Mighty Thor in the MCU; Portman’s new Asgardian hero was birthed from the shattered fragments of Thor’s magical hammer, Mjolnir.

Like Portman, Ingram also played a pivotal role in one of The Walt Disney Company’s biggest franchises recently — the Star Wars universe. The actress appeared in Obi-Wan Kenobi as the antagonist Inquisitor Reva, part of Darth Vader’s (Hayden Christensen) Inquisitorius — the Jedi-hunting squad intent on finding Obi-Wan Kenobi (Ewan McGregor). Ingram drew criticism for her portrayal as the villain in Deborah Chow’s limited event series, with a number of fans directing racist remarks toward the actress. The vitriol was met with unwavering support from Lucasfilm and a number of her co-stars including McGregor.

Lady in the Lake does not yet have an Apple TV+ release date but can be expected sometime in 2023.

Will you be watching Natalie Portman’s new series? Let us know in the comments down below!