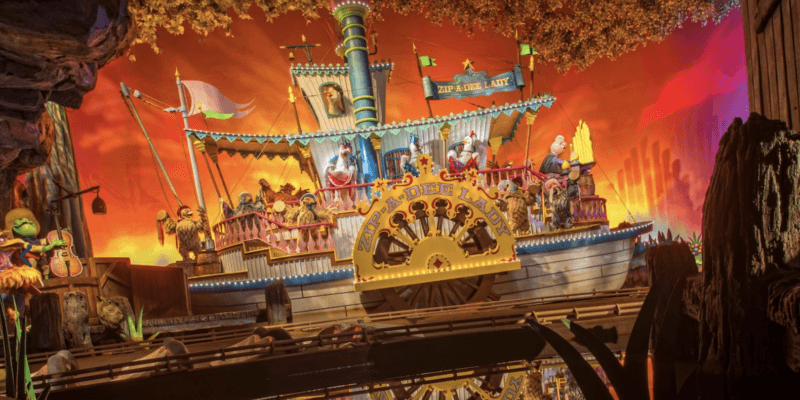 Disney’s retheme of its legendary Splash Mountain log flume ride at both Walt Disney World Resort’s Magic Kingdom Park and Disneyland Resort’s Disneyland Park has caused its fair share of consternation among fans of the attraction.

Related: Disney Replaces Beauty and the Beast With Princess Tiana and Prince Naveen

Many are struggling to let go of Song of the South’s Br’er Rabbit, Br’er Bear, and friends to make room for Princess Tiana, Prince Naveen, and the rest of the gang from the 2009 film, The Princess and the Frog.

Just last week, a TikTok video claiming the Tiana’s Bayou Adventure retheme had been canceled went viral on the social media platform. The snippet convinced many fans that Splash Mountain’s existing theme would remain, and even included a link to what was, purportedly, a statement from Disney.

This statement reads, in part:

We thought retheming Splash Mountain would be universally applauded by Disney fans, but we were wrong. We saw how much Disney fans love the current attraction and we have decided to keep it as is.

We will be looking for future opportunities to give Princess Tiana her own attraction at Disney World.

Now, however, popular fact-checking site Snopes has weighed in on the situation, and they’ve determined that the source alluded to in the TikTok video — The Mouse Trap — is a website that posts satirical articles about the Disney fandom, similar to The Onion.

In fact, The Mouse Trap’s own bio states that they are “the world’s best satire site…We write fake stories about Disney Parks stuff.” As Snopes noted:

To sum up this story, no, Disney World wasn’t planning on canceling their retheme plans for Splash Mountain. This was nothing more than satire published on a Disney blog.

In reality, Tiana’s Bayou Adventure is set to open on both coasts in late 2024. A recent Disney Parks Blog article shared:

Guests are in for a true treat with local flavor when Tiana’s Bayou Adventure opens in late 2024. As Charita Carter shared, “in many ways, Tiana’s Bayou Adventure is a love letter to New Orleans. Like the musical city that inspired this attraction, Tiana’s second act is about a community working in harmony to achieve something extraordinary. She reminds us of an immutable truth we can all relate to: ‘if you do your best each and every day, good things are sure to come your way.’ And that’s a melody we can all sing along to!”

Were you fooled by the viral TikTok about the cancelation of Disney’s Splash Mountain retheme?