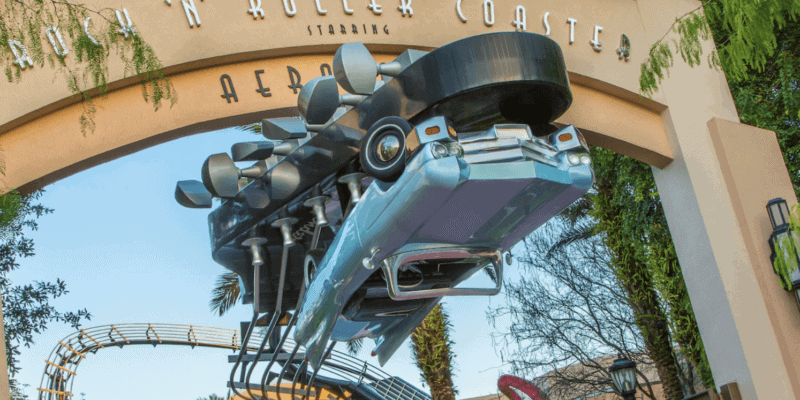 The popular thrill ride is located near The Twilight Zone Tower of Terror’s Hollywood Tower Hotel — it’s the perfect area for Guests who like their Disney attractions a little on the intense side.

Aerosmith members have even gotten into the fun over the years, with frontman Steven Tyler visiting Disney Parks on a semi-regular basis, often giving tips for having the best possible experience on the Rock ‘n’ Roller Coaster. The singer once, for example, rode the thrill ride 29 times just to tell other Disney Guests how to not get sick on the popular attraction.

But as it turns out, the roller coaster was supposed to feature a different classic rock band — until they asked for $10 million! Disney’s first choice for the ride was The Rolling Stones.

One recent article about the situation shared that “the first band Disney approached was The Rolling Stones — the band behind “(I Can’t Get No) Satisfaction,” “Start Me Up,” and “Paint It, Black.” With an asking price of $10 million, Disney moved on to other music options.”

The Stones began in England in 1962 and have risen to global superstardom. Over the years, members have included frontman Mick Jagger, Keith Richards — who had his own stint with Disney as Jack Sparrow’s father in Johnny Depp’s Pirates of the Caribbean franchise — Ronnie Wood, Brian Jones, Ian Stewart, Bill Wyman, Charlie Watts, and Mick Taylor.

Ultimately, of course, Walt Disney Imagineering landed on the Aerosmith theme that fans know today for their roller coaster project. It is unknown what the licensing fee ultimately was but we can safely assume it was well under the $10 million mark that the company balked at.

Despite the popularity of the ride, though, there have been recent rumors of a Rock’n’Roller Coaster retheme, particularly given the fact that Disneyland Paris’s version of the ride now features an Avengers theme — one fan even went so far as to create new theming options, including a Hannah Montana version of the attraction!

Would you have preferred the Rock’n’Roller Coaster Starring The Rolling Stones?