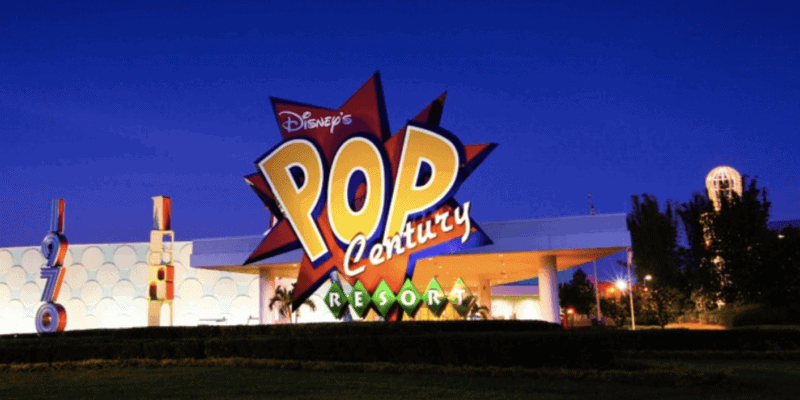 Disney’s Pop Century Resort is a Value Resort Hotel that features Disney Skyliner transportation to EPCOT and Disney’s Hollywood Studios, bus service to Magic Kingdom and Disney’s Animal Kingdom, a food court, gift shop, arcade, and three pools – the Hippy Dippy Pool, Bowling Pool, and Computer Pool. Adjacent to Disney’s Art of Animation Resort, it celebrates the magic of each decade from the 1950s to the 1990s.

Unfortunately, one Walt Disney World Resort Guest had a less-than-magical time during their stay at Disney’s Pop Century Resort. u/GeneralLoofah posted to Reddit that they loved the Disney Skyliner, but Disney’s free bus service is “terrible.”

The Guest explained that they “seriously” couldn’t stand to eat another meal at Disney’s Pop Century Resort cafeteria, so they tried to go to Disney Springs for dinner. “But that means standing in the rain for 45 minutes, waiting for a bus. The bus system is a serious slap in my face,” they wrote.

Initially, calling the Value Resort “Poo Century” was a typo, but the Guest decided to leave it as a reflection of their negative experience:

“Poo century was a typo but I’m leaving it as is. I’m spicy and angry about being treated like a godd*mn plebe after dropping a lot of money on a vacation. To stand in the rain so I don’t have to eat another d*mn $15 hamburger and instead spent $100 at another Disney property for dinner.”

Others suggested staying at a Moderate or Deluxe Resort hotel next time. “You’re in a value resort. You get what you pay for. You want to stay on the monorail or walking distance to parks, pay for it,” u/Masshole1981 wrote.

The Guest dismissed this suggestion, as a Value Resort at Walt Disney World Resort is more expensive than some fancier hotels in the rest of the United States:

Us plebes can walk. Screw that. I paid $3,500 which is all inclusive resort prices for a motel with shitty food and shitty bus service. This is a rip off.

The Guest further explained that it was a Mickey’s Not-So-Scary Halloween Party night, so many busses had been diverted to Magic Kingdom for Guests coming and going from the Halloween hard-ticketed event.

Other Walt Disney World Resort fans became frustrated that the Guest wouldn’t take suggestions but continued to complain. “Any more complaints that amount to you being impatient?” u/NotAlanJackson said.

However, many disagreed. “Waiting 45 minutes for a bus that should come every 20 minutes is a reasonable complaint,” u/sudifirjfhfjvicodke wrote. “I think the issue is you are paying $10/$15 for essentially a Costco frozen burger patty,” u/JoyousGamer said.

More than 25 Disney Resort hotels are available to choose from when planning your Walt Disney World Resort vacation, so it’s essential to do research and select the one with the best amenities for your party.