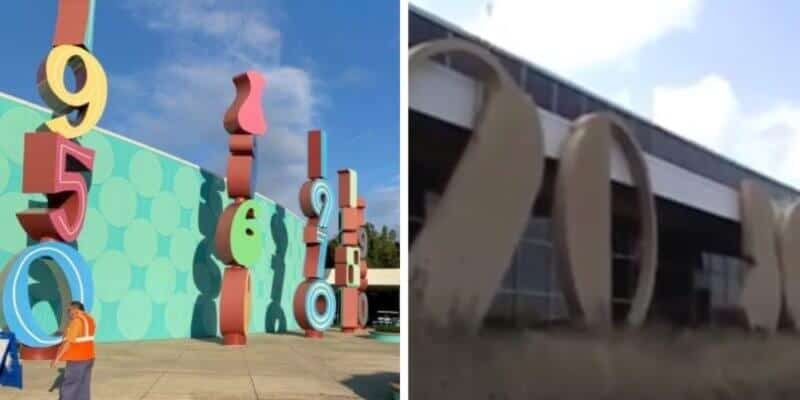 Credit: Inside the Magic (left) That Disney Girl (right)

If you have ever wondered why Disney’s Pop Century Resort begins in the ’50s, even though it is meant to represent an entire century, there is a reason for that.

Disney’s Pop Century Resort is one of Disney’s most popular Value Resorts. Having opened in December 2003, the Resort was actually meant to open in two phases. Disney’s Pop Century Resort was originally meant to have well over 5,000 rooms and 20 buildings, which would span throughout the entire century, not just half. The Resort would have housed as many Guests as all three All-Star Resorts combined.

When the first half of Pop Century opened, the second half, which was being built where Disney’s Art of Animation stands today, was meant to join soon after. Pop Century had to push back its original opening to 2003 due to the tragic events which took place on September 11, 2001. The economy took a deep dive, and travel was at a standstill.

Even with the low costs of Pop Century, the hotel was not selling enough for Disney to feel the need to complete the second half of the Resort, which was already partially built. Disney had already created the lobby, The Legendary Hall, check-in, and some of the buildings for the rooms. Guests staying at Pop Century could even see that the lobby across Hour Glass Lake displayed decorative numbers from the ’00s to the ’40s, much like Pop Century did with the second half of the century.

From 2003-2010, Disney Guests had no clue what was going on with the abandoned half of Pop Century. The Resort was still partially built and remained a ghost town for years. Finally, Disney announced that Disney’s Art of Animation would use space. Although many of the rooms do not look like Pop Century, as they are family suites, Disney used the already completed buildings as The Little Mermaid section, which uses the same bedroom outline as Pop Century!

To this day, there are small remnants that may remind Guests that Pop Century is only half complete. The bridge that connects both resorts to the Skyliner is called the Generation Gap Bridge. It originally was named that the bridge could tie both halves of Pop Century together, but now, it remains a final easter egg of an abandoned creation.

If you want to learn more about the abandoned history of Disney’s Pop Century Resort, you can check out the below YouTube video by That Disney Girl (AKA yours truly!).

Did you know that Pop Century was meant to be much bigger? Let us know your thoughts in the comments below!