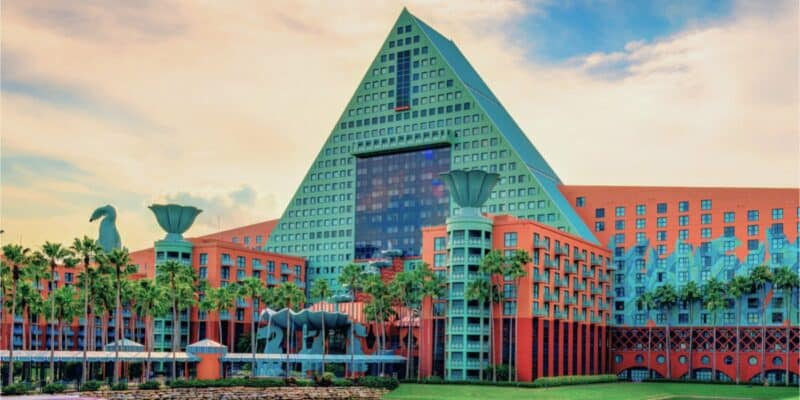 A Disney World hotel is undergoing some major renovations

The Walt Disney World Dolphin Hotel, as well as the Walt Disney World Swan Hotel, can be found in the EPCOT Park Resort area. Both hotels are located between EPCOT and Disney’s Hollywood Studios, meaning Guests staying at either of these Resorts are super close to both Parks.

It may come as a surprise to learn that neither of these hotels is operated by The Walt Disney Company. Nevertheless, the hotels are part of the official Disney World Resort collection, meaning Guests receive Park perks similar to those staying at another Disney hotel, such as the Disney Contemporary Resort or Disney’s Polynesian Village Resort.

The land where these two hotels are located is leased to the Tishman Hotel Corporation and MetLife by Walt Disney World, with the hotels being managed by Marriott International. The two hotels are famous for their appearance as well as giant sculptures of a swan and dolphin.

Currently, the Dolphin Hotel is undergoing some refurbishment and cosmetic upgrades, as was shown on a social media post recently:

Crews removing the balcony railings at WDW Dolphin as we speak.

Crews removing the balcony railings at WDW Dolphin as we speak. from disneyparks

As you can see, the balconies have no railings on them currently. Guests in the comment section responded with their theories as to what exactly is going on. One user said:

“Good, those balconies are sketchy af. Stayed one night in March and they looked really rough.”

Both the Swan and Dolphin opened in 1990, meaning they are certainly old enough to need renovation in multiple areas. Seeing hotel room balconies without railing is certainly a stunning sight and gives you a new appreciation for those railings.

More on the Dolphin Hotel at Walt Disney World:

Have you ever stayed at the Swan or Dolphin hotel at Disney World?