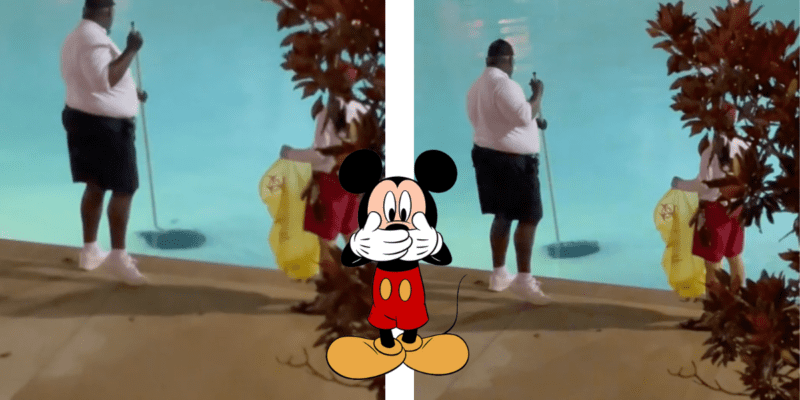 There are more than 25 Walt Disney World Resort hotels to choose from when vacationing in Central Florida. One of them is Disney’s Pop Century Resort – a value Resort adjacent to Disney’s Art of Animation Resort, celebrating the magic of each decade from the 1950s to the 1990s.

One Walt Disney World Resort Guest, Stephanie (@stephanie_mk), shared a video on TikTok of her experience at the Computer Pool:

😂 What is it?!?! #disney #disneyworld #disneyparks #fyp #foryou #foryoupage

In the video, Stephanie watches from the balcony after she says the pool was closed early due to a “mysterious brown object.”

Two Cast Members stand by the pool. One fishes the object with a net while the other holds open a yellow biohazard bag. Both cautiously look at the mystery object before realizing it isn’t fecal matter or any other biohazard. They both laugh and start to leave the pool area.

While it’s pretty standard for pools to close due to biohazards and unexpected objects, it’s always nice to see a situation turn out better than expected!

Heading to Walt Disney World Resort? Here’s a complete list of on-property hotels so that you can make the most magical choice for your family. From Disney:

Has a Walt Disney World Resort hotel pool ever closed on your vacation?