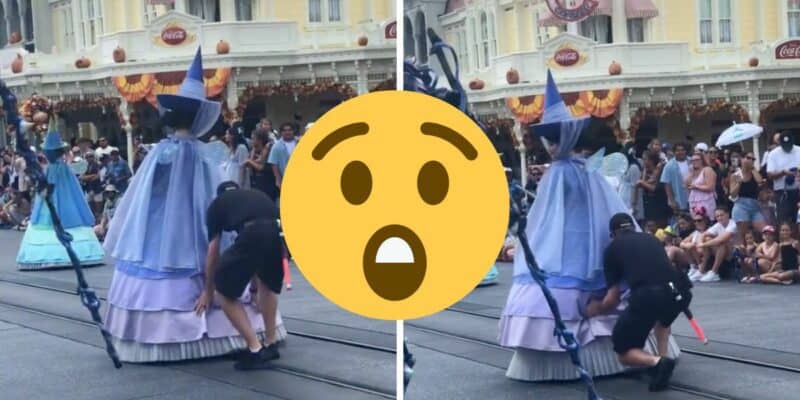 What many refer to as the 3 o’clock parade, Festival of Fantasy is a popular parade that strolls down Main Street, U.S.A. at Magic Kingdom.

During a recent performance of the Festival of Fantasy Parade, Guests were in for a surprise when one of the Disney characters experienced a malfunction, delaying the parade.

During arguably the most iconic section of the Festival of Fantasy Parade, one of Aurora’s fairy godmothers experienced a malfunction, causing her to get stuck and the parade to be delayed.

The incident was caught on video, and the TikToker said the delay lasted approximately 3 minutes.

You can see the full video below or by clicking here.

If you have never seen Festival of Fantasy, Disney World describes the parade as:

Have you ever seen the Festival of Fantasy Parade? Let us know in the comments below.