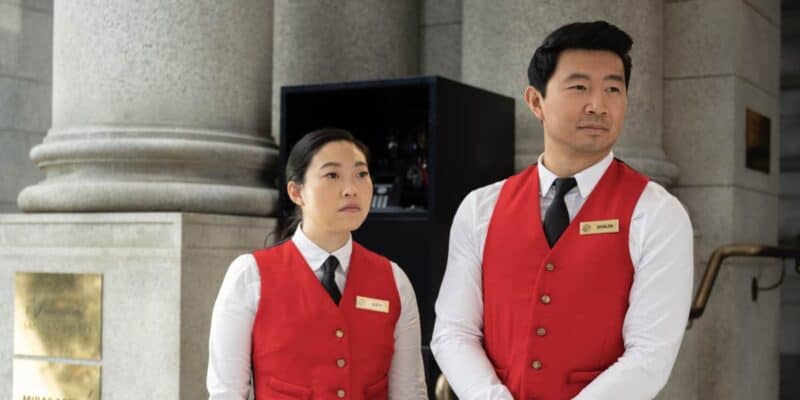 It’s hard to believe that in just under a month’s time it will have been a year since Simu Liu made his breakthrough entrance into Kevin Feige’s Marvel Cinematic Universe, as the son of the Mandarin Xu Wenwu (Tony Leung), Shang-chi, in director Destin Daniel Cretton’s Shang-Chi and the Legend of the Ten Rings (2021).

Known for his near-consistent, and often humorous commentary on world events, Liu tweeted his own response to the dramatic cancelation of numerous Warner Bros. projects, leading to hysteria after many fans believed his tweet.

The Kim’s Convenience actor’s MCU debut drew big numbers for the Marvel studio, breaking box office records and effectively launching a new franchise within the greater live-action Marvel Universe. Even with a non-release in China — a country that has always proved fruitful for Marvel and Disney’s feature films  –, Shang-Chi and the Legend of the Ten Rings debuted at a time when theatrical moviegoing was just gaining momentum after the industry-damaging effects of the pandemic.

With an appearance of Dr. Bruce Banner/Hulk (Mark Ruffalo) and Carol Danvers/Captain Marvel (Brie Larson) in the post-credits scene, the stage was set for a continuation of Shang-Chi’s narrative, and with a rich history in Marvel Comics, there is plenty to explore in the world of the Ten Rings.

Liu, who is very open about the studios he works for, has inserted himself in the ongoing revelations coming out of Warner Bros. Discovery. As CEO David Zaslav continues his dismantling of the company, which includes the cancelation of near-finished movies like Scoob!: Holiday Haunt and, more shockingly, Batgirl starring Leslie Grace (Babara Gordon) and Michael Keaton (Bruce Wayne/Batman), as well as the eyebrow-raising merging of HBO Max and Discovery+, Liu joined in the conversation by revealing to fans that the Shang-Chi Holiday Special has been canceled by The Walt Disney Company.

I’m sorry to inform you guys that Disney has decided to scrap the Shang-Chi Holiday Special due to quality control concerns. I had already filmed the entire thing. I even designed an all-gingerbread Ta Lo. RIP Shang Chi and the Legend of the TEEEN GOLDEN RIIIIINGS

I'm sorry to inform you guys that Disney has decided to scrap the Shang-Chi Holiday Special due to quality control concerns. I had already filmed the entire thing. I even designed an all-gingerbread Ta Lo. RIP Shang Chi and the Legend of the TEEEN GOLDEN RIIIIINGS

Quite obviously a joke considering there is no such thing as a Shang-Chi Holiday Special but, alas, the amount of announcements coming out of Marvel Studios has naturally left people concerned with the Marvel star’s comments, inciting a hysteria level of reaction.

Numerous accounts have jumped on the tweet, which currently sits at 87k likes on the social media platform, demanding answers and clarity, and even those that understand Liu’s comment is a joke, seemingly can’t keep up with the fans that believe they have lost a project from one of Marvel Studios most promising franchises.

A sequel to Shang-Chi and the Legend of the Ten Rings is in development with Cretton returning to write and direct the Marvel movie. As for Liu, he will most likely return to his role, and to many more of Marvel’s projects down the line, notably the future Phase Five and Phase Six movies, Thunderbolts (2024), Avengers: The Kang Dynasty (2025), and Avengers: Secret Wars (2025).

And for clarity, the only Holiday Special that currently exists in the MCU is James Gunn’s upcoming The Guardians of the Galaxy Holiday Special (2022) which will serve as an epilogue to Marvel Phase Four after it ends with Black Panther: Wakanda Forever (2022).

Do you think Simu Liu needs to clarify his tweet? Let us know in the comments down below!