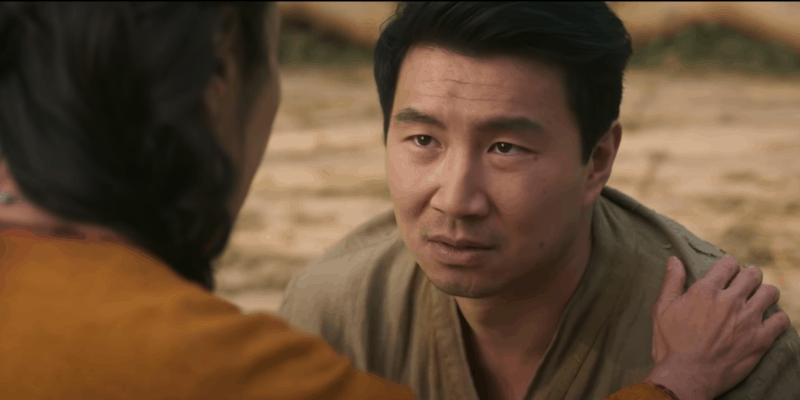 As September rolled around in what has been a rather tumultuous time for movie releases, Marvel Studios’ latest entry into the Marvel Cinematic Universe debuted. Shang-Chi and the Legend of the Ten Rings (2021) opened with a glittering, record-breaking Labor Day weekend box office, but despite its domestic success, the new MCU outing may never release in China due to controversy surrounding those involved with Shang-Chi.

In the wake of Black Widow‘s (2021) divisive simultaneous release in theaters and on Disney+ Premier Access — a decision which ultimately led to leading lady, Scarlett Johansson, to sue The Walt Disney Company— director Destin Daniel Cretton’s Shang-Chi and the Legend of the Ten Rings opened exclusively in theaters on September 3.

The new Marvel movie welcomes its first leading Asian superhero, Simu Liu’s Shang-Chi — the son of the notorious criminal mastermind, Xu Wenwu AKA The Mandarin, played by Tony Leung. Based on the Marvel Comics character of the same name, the Master of Kung Fu made a rather spectacular entrance into the MCU portfolio with $94 million domestically in the United States.

With two more MCU movies to release this year — Chloe Zhao’s Eternals (2021) and Jon Watts’ Spider-Man: No Way Home (2021) — Marvel Studios’ Shang-Chi‘s pandemic-era box office success is extremely positive. Shang-Chi‘s success in theaters also comes in the aftermath of some Marvel fans calling for a boycott of the superhero movie after controversy surrounding one of its stars,  Awkwafina (Katy).

Though Marvel’s latest film is dominating theaters, it’s possible that one territory may never show the movie after an interview resurfaced where Liu commented on his Chinese heritage and subsequent upbringing in Canada.

The Kim’s Convenience star was only five when he immigrated to Canada, and it is this part of the actor’s history that is likely to prevent China from releasing Shang-Chi and the Legend of the Ten Rings. Deadline reported the controversy surrounding a resurfaced 2017 interview.

In a 2017 interview with the CBC, the Canadian-born actor referenced his parents telling him of conditions under Communist rule and referring to China as a “third world” country where people were “dying of starvation.”

Deadline also reports that Liu’s comments “have made waves on Chinese social media.”

The comments come from an interview Liu did with CBC, but it seems the video is now no longer able to view. Matt K. (@MattCKnight) took to Twitter to discuss the situation.

Simu Liu is being attacked by some PRC nationalists over a 2017 interview in which he discussed his identity & why his parents emigrated from China. For whatever reason, the vid no longer appeared on CBC’s website by late 2020, according to Wayback Machine captures. Tech issue?

Simu Liu is being attacked by some PRC nationalists over a 2017 interview in which he discussed his identity & why his parents emigrated from China. For whatever reason, the vid no longer appeared on CBC's website by late 2020, according to Wayback Machine captures. Tech issue? pic.twitter.com/DWc3a1PPIl

However, we can see per screen captures in another tweet from @CatBus2D, what Liu said in the interview via translation.

“You know, when I was young, my parents would tell me these stories about growing up in Communist China, where you have people dying of starvation. They lived in the Third World, and they thought Canada as this pipe dream, as a place they can go.”

Liu, who is very active on social media, has not yet commented on the resurfaced interview. Deadline goes on to report how the Marvel Universe’s Eternals may suffer the same fate as Shang-Chi when it comes to a release in China:

The Chinese government, and the propaganda department which oversees film, have shown themselves to be mercurial to say the least — recall that years-old comments made by Chinese-born Chloe Zhao appeared to kibosh the release of her Oscar-winning Nomadland. Initially, Zhao was heralded in the Middle Kingdom for her accomplishments, but as soon as her comments reappeared, sentiment turned the other way.

Zhao also suffered from a controversy surrounding an unearthed interview where she talked of her Chinese heritage.

Regardless of Shang-Chi and the Legend of the Ten Rings‘s fate in China, the Marvel martial arts movie will go down as a history-maker due to its stellar opening performance at the Labor Day box office. Shang-Chi‘s exclusive release is also very telling when it comes to, not only Marvel Studios but distributors across the globe, looking to weigh up the pros and cons of an exclusive theatrical run versus a joint theater and streaming service release.

Have you seen Shang-Chi and the Legend of the Ten Rings yet? Let us know in the comments!