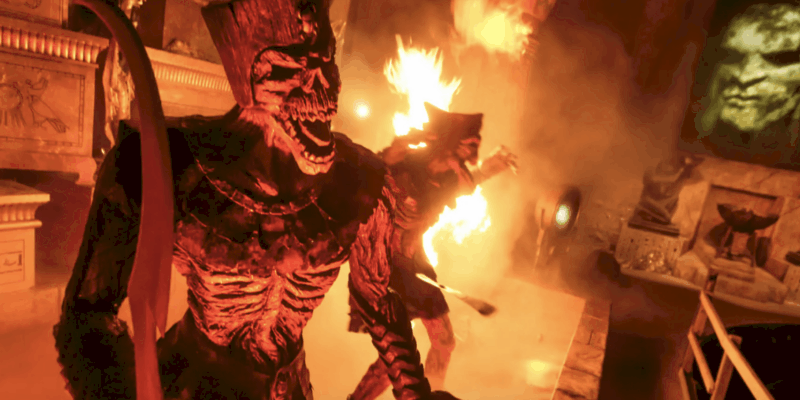 Although Universal Orlando Resort refuses to provide a reopening date for Revenge of the Mummy, a new collection of merchandise inspired by this beloved franchise has just launched.

Everyone is waiting to hear about Universal Orlando Resort’s announcement of the highly anticipated reopening date for the fan-favorite attraction Revenge of the Mummy. However, despite several tests being listened to by Guests and significant progress in the refurbishment, the Park refuses to provide an official date for Guests to be able to venture into the tomb of Imhotep, even after nearly seven months of closure, as the refurbishment began on January 7, 2022.

Despite the uncertainty, a new collection of merchandise was recently released, and every item is to die for!

Be the (after)life of the party in our newest collection. Uncover these pieces, inspired by The Mummy (1999), available online and in-stores.

Be the (after)life of the party in our newest collection.⚰️ Uncover these pieces, inspired by The Mummy (1999), available online and in-stores. https://t.co/fySHMC04BC pic.twitter.com/bJisgfZcBj

This new collection will surely be the envy of all who visit Universal Orlando for the reopening of Revenge of the Mummy, once the Park announces an official reopening date for the attraction, of course. You can click here to visit Hot Topic’s website and shop for this exclusive collection.

The last update Guests could notice at the esplanade outside Universal Orlando’s Museum of Antiquities were several umbrellas and extended queue ropes being set up by Team Members. However, Park officials have remained silent when it comes to any official announcements.

Related: Universal Gears Up For “Revenge” of Shut Down Attraction

Will you shop for this The Mummy-inspired collection? Would you wear it to Revenge of the Mummy once the ride reopens? Let us know in the comments below!